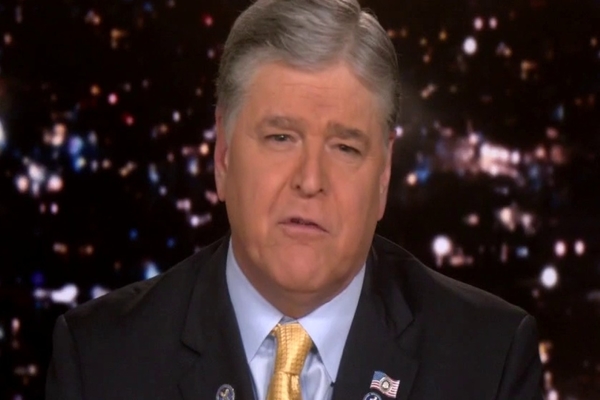 (foxnews) – Sean Hannity predicted the truckers in Canada’s “Freedom Convoy” will “win in the end” during Friday’s opening monologue.

“The cowardly Prime Minister Justin Trudeau, along with government officials in Ontario … they’re now threatening these peaceful protesters,” Hannity said. “You know, the guys that were the heroes of the pandemic … with a massive $100,000 fines, one-year prison time — they want to seize their trucks and their licenses and pretty much destroy their lives.”

He noted the protests were “picking up steam,” with a similar convoy possibly coming to the United States.

“Keep in mind, this is the same Joe Biden that … refuses to secure our southern border,” Hannity said. “But Joe has a very different opinion on the northern border.”

Hannity noted that a court in Canada is attempting to freeze over $8 million in donations to the “Freedom Convoy,” though crowdfunding site GiveSendGo doesn’t “take orders from Canada,” and is “vowing to get those funds to the truckers” one way or another.

Despite Prime Minister Justin Trudeau and other leftists “vilifying these truckers and calling them racist,” Hannity said the protesters come from varying backgrounds, and all have the same goal.

“No more mandates, no more lockdowns, no more COVID-19 restrictions — they want life to return to normal for every man, woman and child,” Hannity said.

Hannity called on the Canadian government to “let the truckers make their own health decisions.”

“To me, the answer is obvious,” he said. “Restore freedom. Leave the heroes of the pandemic alone.”

“They will win in the end,” Hannity predicted.