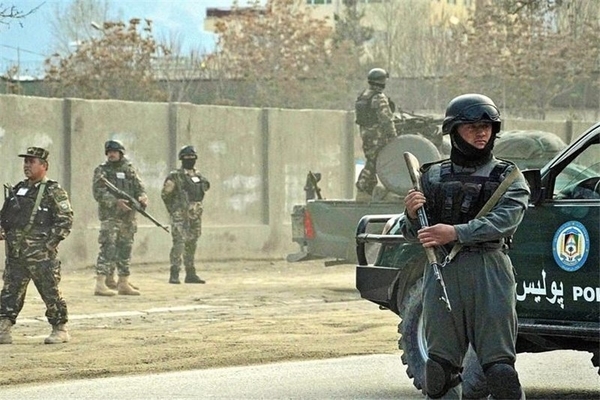 The U.S. has spent over $2 trillion on the war and another $143 billion to prop up Afganistan’s government over the last 20 years, only to see it fall with little resistance in a matter of days.

From AFP, “Taliban Near Gates Of Kabul As Embassies Prepare For Evacuations”:

Kabul: The Afghan Taliban tightened their territorial stranglehold around Kabul on Saturday, as refugees from the terror group’s relentless offensive flooded the capital and US Marines returned to oversee emergency evacuations.

With the country’s second-and third-largest cities having fallen into Taliban hands, Kabul has effectively become the besieged, last-stand-for government forces who have offered little or no resistance elsewhere.

Taliban are now camped just 50 kilometers (30 miles) away, leaving the United States and other countries scrambling to airlift their nationals out of Kabul ahead of a feared all-out assault.

US embassy staff were ordered to begin shredding, and burning sensitive material as units from a planned re-deployment of 3,000 American troops started arriving to secure the airport and oversee the evacuations.

A host of European countries — including Britain, Germany, Denmark, and Spain — all announced the withdrawal of personnel from their respective embassies on Friday.

You don’t need “F-15s and nuclear weapons” to take on the US government after all!

Biden left D.C. on Friday for a two-week vacation, as reported by Fox News.

Liberals at the State Department are having a meltdown.

Is the war ending because the “War on Terror” turning inward?

Is the administration regrouping to take on Iran and the American people they deem “domestic enemies” and “white extremists?”

They are going to fail here as well as in Afghanistan.