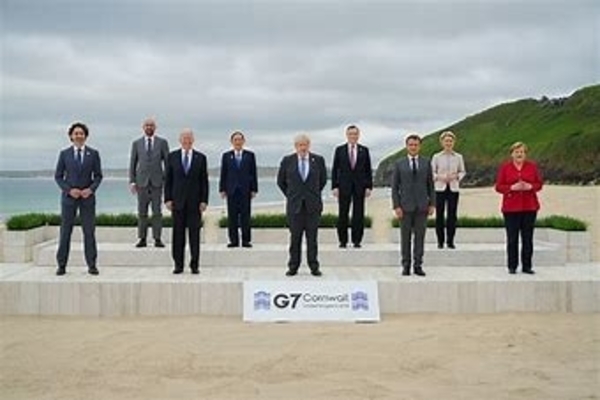 Veteran environmentalist and broadcaster David Attenborough told the gathering of the world’s wealthiest nations that the natural world was “greatly diminished,” and inequality was widespread.

“The question science forces us to address specifically in 2021 is whether as a result of these intertwined facts we are on the verge of destabilizing the entire planet?” he said.

“If that is so, then the decisions we make this decade — in particular the decisions made by the most economically advanced nations — are the most important in human history.”

Due to the coronavirus pandemic, the leaders held their first in-person meeting in nearly two years; they agreed to protect both land and ocean by at least 30 percent globally by the end of the decade.

The “Nature Compact” struck to try to halt and reverse biodiversity loss is also set to see them commit to nearly halving their carbon emissions by 2030, relative to 2010.

It includes phasing out the use of “unabated coal” — fuel whose emissions have not gone through any filtering — “as soon as possible,” ending most government support for the fossil fuel sector overseas and phasing out petrol and diesel cars.

Boris Johnson supports the pact saying the G7 wanted to “drive a global Green Industrial Revolution to transform the way we live.”

Britain’s priority in the G7 summit was climate change, and it is laying the groundwork for the UN COP26, the environment summit that it will host in November.

Environmental campaigners blasted the pledges for laking enforcement and the necessary scope.