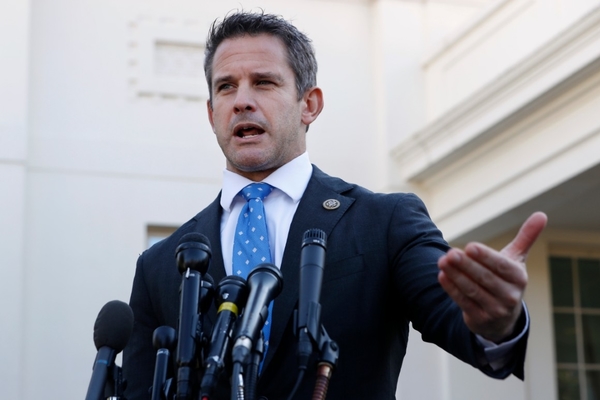 Representative Adam Kinzinger (R-IL) said Wednesday on CNN’s “New Day” that President Donald Trumps’s base is starting to turn on him.

“I think we have to step back and understand, you know, people that feel very disaffected, Donald Trump spoke to them, but here is the problem is up to the election , you know, it’s an election, it’s just a competition of ideas, but after an election, it has turned into an undermining of the democracy. That’s the differentiation between, you know, people that say, “Well, Adam, you know, was supportive of the president in the past.’ The difference here is what it’s doing to undermine our democracy and the fact, then, that people that work hard for their money, hard-working taxpayers are giving their money to this, because they are convinced because the president is telling them this that they can win, and they can’t. I mean, the scam in Congress with January 6th all these members of Congress that are you know, posting crazy things so they can get a ton of followers and retweets and raise money, I think we have to calling it out finally because if we don’t people are just going to believe it,” Kinzinger said.

Anchor Alisyn Camerora said, “From where you sit are you seeing Republicans distance themselves now from President Trump? I mean, for instance voting to override the veto, or are you seeing them still cater to his demands, such as Mitch McConnell larding up this bill with President Trump’s demands? Which is it?”

Kinzinger said, “I think they’re privately distancing more. We’ve talked about this a lot, I wish more would speak out, but I think they’re starting to. I tell you, the base is starting to turn. I get texts every day, and granted, people that are mad at me that aren’t my friends probably aren’t going to text me, but a lot of people that I thought would be upset with me kind of calling this out that are texting saying, ‘Do you know what, you’re right, it’s time, and nobody else is saying it.’ You know, if the president says the election is stolen and nobody rebuts him, you’re generally going to believe him. So I do think it’s starting to turn. I think he will be a player in the Republican Party for sure. I just don’t think he’s going to be around as a player for as long as people are predicting right now.”