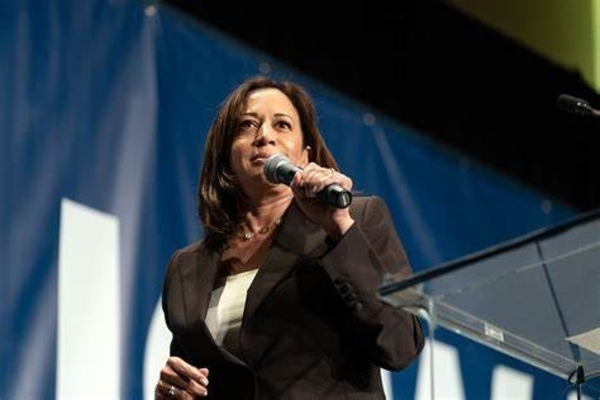 Blackburn criticized Harris for dodging the border for months.  When she finally went, she chose El Paso because there is less migrant traffic in that region.

“She’s 93 days late, and she went to the wrong address when she did this,” Blackburn said when asked about Harris finally visiting the border. “Why not go to the Rio Grande, which has twice as many illegal entrants as El Paso? Why not go out on the border, not just to the facility? Why not go out on the border and see where the wall has stopped — look at the traffic coming across the border. Find out what the cartels are doing. Go out with some of these local law enforcement or some of the Border Patrol and see what they’re having to deal with every day. That’s how you get your arms around this issue.”

Blackburn criticized the fact Harris had bought Rep. Veronica Escobar (D-TX), as she recently was caught sending her staff to Mexico teaching migrants how to get into the United States, violating policies; Escobar denies this charge.  Escobar called the U.S. border with Mexico the “New Ellis Island,” signaling her support for open borders while traveling with Harris.

“But, Rep. Escobar going down to Mexico or having her staff go to Mexico teaching people or trying to help people circumvent U.S. law — it is unbelievable,” Blackburn said. “If you had Republicans out trying to help people circumvent U.S. law, I think there would be a little bit of something said about it, and you would have some of these news agencies with 24/7 headlines about it. But that’s what they did.”

Blackburn said Harris is more interested in saving herself politically than solving the border problem caused by Biden’s policies.  Drug cartels “are completely in charge of the border” and migrant children especially are in danger of abuse.

“We feel it is heartbreaking to see these children who have been physically and sexually abused by the cartels,” Blackburn said. “The cartels are completely in charge of the border. If you are not doing something to shut down that border, then you are helping the cartels. The cartels are drug trafficking, human trafficking, sex trafficking; they are bringing these gangs into the country. We have the Border Patrol so overrun now — 183,000 people in the month of May alone — astounding numbers. They are begging for help and resources, and the vice president goes somewhere that is not as overrun and does not actually go down to the border.”

Furthermore, Blackburn notes that Biden’s administration is “not being transparent” about migrant children’s movement throughout the country’s interior. Biden’s team has placed children in Tennessee, and there are reports of at least one child from Biden’s facilities as missing, while another from a different facility may have been sexually abused while in the custody of the U.S.

Blackburn, U.S. Sen. Bill Hagerty (R-TN), and Rep. Chuck Fleischmann (R-TN) have requested information from HHS about these facilities and have not gotten any information back.

“No, they are not being transparent about it. Sen. Hagerty, Congressman Fleischmann, and I have written to HHS trying to get an explanation about what happened,” Blackburn said. “We know it is a federal contract with the Baptiste Group, and they are housing children there in Chattanooga. We do know there are reports there of one alleged sexual abuse. We do know there is one child missing. These are from different facilities. This is — the fact that these children, who have been traumatized by the cartels, would then come here and, while they’re in federal custody, have been moved to another state. They don’t speak the language; they don’t know anyone; they get sexually abused when they’re in these facilities. It is heartbreaking. It ought to stop. But in order to save face, which is what the Biden administration thinks that they are doing — they think that they are covering this problem up — they just say, ‘we have children in these facilities, and they are not acknowledging the problems.”

The impact of the border crisis has been spread over the entire country, Blackburn stated.

“But this is why every town is a border town, and every state is a border state because all of the trafficking, the drugs, the people coming across the borders and then being moved — they’re not being sent home,” Blackburn said. “It’s not catch and deport. It is catch and release. They’re being sent all around the country to communities that are going to have to pick up the cost of education and health care and children’s services and social services and food and housing. So, it’s going to be very expensive.”