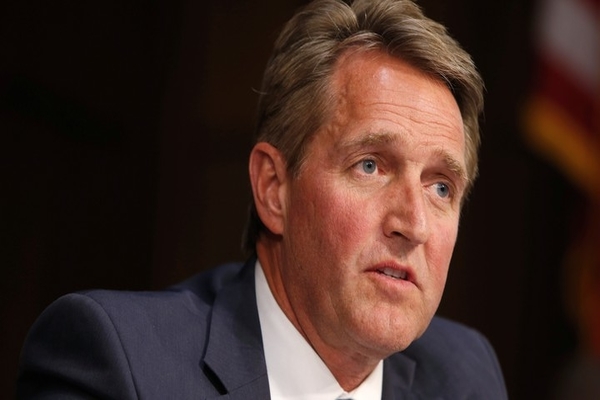 Now a CNN analyst, Flake warned the GOP to remain a “permanent minority”  if following Trump continues. Flake doubled down on his belief “no future with Trumpism.”

Flake advised on “CNN Newsroom,” “We have no choice.  We’re headed down a demographic cul-de_sac if we don’t.”

“So we’ve got to move on.  It’s difficult because the president’s base is still there, but we have to move on.” He added, “there’s really no future in Trumpism.”

“And what if you don’t?  What if it is  just the party of Trump?” Host Pam Brown asked.

“Well, we’ll just continue to lose seats,” Flake replied. “We’ll continue to be, frankly, in a permanent minority if we continue this. So we have to. We should want to as well. I mean, look at what has happened since the last election. The president lost the election, then used every lever at his disposal to hang on … to the White House. And we saw what resulted on January 6.”