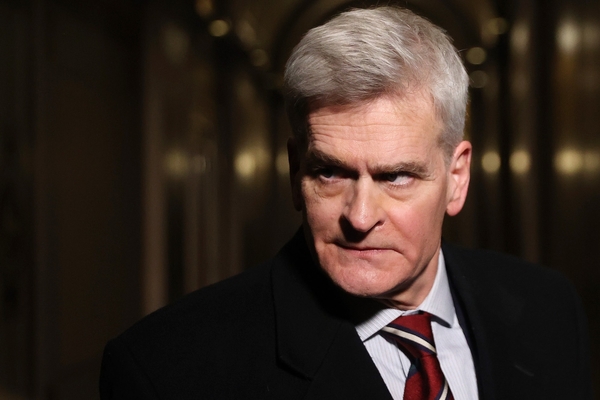 On CNN’s “State of the Union,” Sunday, Senator Bill Cassidy (R-LA) said that if the Republican Party will lose elections if they continue to “idolize” former President Trump.

Cassidy continued, “CPAC is not the entirety of the Republican party. That’s number one. Number two, political organizations and campaigns are about winning. Over the last four years, we lost the House of Representatives, the Senate, and the presidency. That has not happened in a single four years under a president since Herbert Hoover. If we plan to win in 2022 and 2024, we have to listen to the voters. Not just those who really like President Trump, but also those who perhaps are less sure. If we do, if we speak to the voters who are less sure who went from President Trump to President Biden, we win. If we don’t, we lose. That is a reality that we have to confront.”

“If you’re going to win in 2022 and 2024, you’ve got to speak to voters who didn’t vote for us last time. Now, our policies are great. Before the COVID crisis hit, we had record employment for every group, Hispanics, African-Americans, women, the disabled, high school dropouts, veterans, you name it. We had economic policies that were working. So if that’s the case, and we can speak to those policies and those families, then we’ll win. But if we idolize one person, we will lose. And that’s kind of clear from the last election,” Cassidy added.