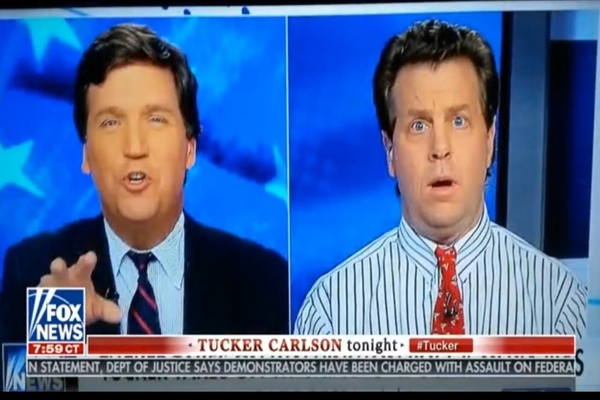 (breitbart) – A Washington Post columnist criticized CNN for not correcting its reporting that the dossier put together by Fusion GPS and ex-British spy Christopher Steele — which claimed the Trump campaign was colluding with Russia — was “corroborated.”

The paper’s media critic, Erik Wemple, wrote Friday that CNN hosts and reporters had long-claimed the Steele dossier had been at least partially corroborated, lending credibility to the now-debunked document that consisted of opposition research against the Trump campaign paid for by the Hillary Clinton campaign and the Democratic National Committee.

Wemple noted that CNN host Don Lemon had said in November 2017, “Much of the dossier has been corroborated,” CNN anchor Wolf Blitzer said in June 2017, “CNN, by the way, has corroborated some elements of that dossier,” and that CNN anchor John Vause said in January 2018, “A lot has been verified.”

Wemple also wrote that a February 2017 CNN report by Evan Perez and Jim Sciutto that claimed that U.S. investigators had “corroborated some of the communications” in the dossier. “Narrow though the reporting was, it served as a springboard for broader expressions of confidence in Steele’s work,” Wemple wrote, “That brand of asymmetry helps explain why many people mistrust CNN.”

Wemple’s criticism came after the Post itself corrected some of its own reporting on the dossier just a day earlier. According to the Post’s Paul Farhi, the paper “took the unusual step of correcting and removing large portions of two articles, published in March 2017 and February 2019.”

The reports had claimed that a Belarusian American businessman named Sergei Milan was a key source of the dossier, and had provided the most salacious allegation in the dossier to Steele, but the paper’s executive editor Sally Buzbee wrote that the Post could no longer stand by the accuracy of that reporting.

Farhi wrote: “The newspaper removed references to Millian as Steele’s source in online and archived versions of the original articles. The stories themselves won’t be retracted. A dozen other Post stories that made the same assertion were also corrected and amended.”

The 2017 and 2019 reports were written by Post reporters Rosalind S. Helderman and Tom Hamburger, who both declined to comment to Farhi.

The Post‘s corrections come after a recent indictment by U.S. Attorney John Durham revealed that a Russian-born researcher named Igor Danchenko had provided the salacious claim to Steele.

The November 4 indictment revealed that Danchenko had fabricated conversations with one source and used Charles Dolan Jr., a Democrat operative and long-time associate of Bill and Hillary Clinton, as another source — possibly for the dossier’s salacious claim that then-candidate Donald Trump had hired Russian prostitutes to urinate on a bed in a Moscow hotel room once occupied by former President Barack Obama. Danchenko has been charged with five counts of lying to the FBI.

Farhi notes that according to the indictment, Dolan — not Trump — had stayed at the hotel where the alleged incident with prostitutes took place at around the same time that is alleged in Steele’s report.