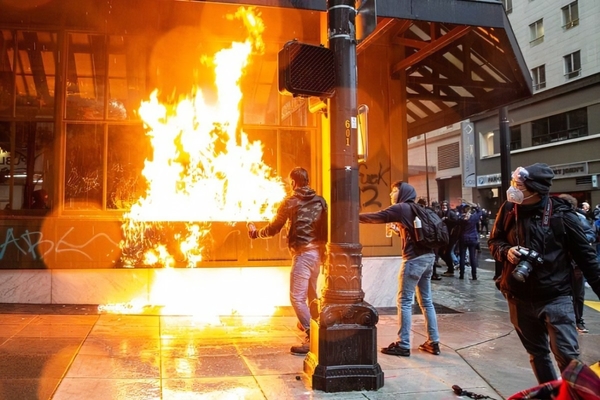 GoFundMe announced in a statement that they had now lifted the ban on Kyle Rittenhouse’s fundraiser. Considering the Rittenhouse trial is now over, the motives are under question. He reached his legal fund goal using the Christian fundraising website GiveSendGo.

Rittenhouse’s GoFundMe page was removed due to him being accused of a violent crime; however, fundraising on GoFundMe has repeatably been allowed for members of Black Lives Matter and ANTIFA groups apprehended during the sinister race riots in the wake of the death of George Floyd.

By simply inserting short phrases like “Black Lives Matter” or “Protest” on the GoFundMe website, all sorts of colorful characters pop up, including CHARGED WITH BANK ROBBERY DURING GEORGE FLOYD RIOT

Kenneth Walker III, who shot a Louisville Police Officer, was allowed to raise over $230 thousand on GoFundMe.

Many Twitter users called GoFundMe’s hypocrisy out; one highlighted a fundraiser by  Zachary Alexander Karas. Karas, a San Diego man, who was molotov cocktails. These cocktails are unregistered explosive devices commonly used by violent rioters to burn down buildings and even cook people alive. What’s even more disturbing about this case is that Karas received a donation of $150 from the Official GoFundMe Team!

Also noteworthy, GoFundMe allows Gaige Grosskreutz to fundraise for his medical bills. Grosskreutz is the fellow who had his bicep blown off after pointing a loaded handgun at Kyle Rittenhouse.

The connecting factor to fundraising allowed on GoFundMe is left-wing status. Rittenhouse was not canceled because of being accused of a violent crime; instead, he was a threat to the system and the whole narrative.