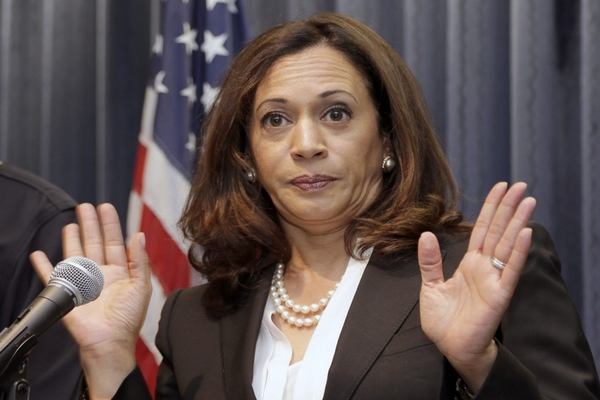 During the Monday afternoon White House press briefing, press secretary Jen Psaki stated that Harris had been tested and no virus was detected. Acknowledging her information was received from the vice president’s office.

“I think the Vice President’s Office put out that she was tested, and that she did — there was no detection of COVID-19,” she said.

However, that is not what the statement released by Sanders on Saturday night said.

Sanders wrote in the statement that Harris and her staff “do not need to be tested” after the meeting on Tuesday with the Texas state lawmakers – even though some had tested positive for the virus.

On Tuesday, July 13th, Vice President Harris met with members of the Texas state legislature who are temporarily in Washington, D.C. Earlier today, it was brought to our attention that two of the members at that meeting tested positive for COVID-19. Based on the timeline of these positive tests, it was determined the Vice President and her staff present at the meeting were not at risk of exposure because they were not in close contact with those who tested positive and therefore do not need to be tested or quarantined. The Vice President and her staff are fully vaccinated.

Sanders was questioned by Politico’s West Wing Playbook about the potential conflict to which she responded both of the statements are true.

Sanders told Politico on Monday that “the vice president is tested regularly as is her staff and that as a part of that regular testing, she was tested this weekend and Covid-19 was not detected.”

“That is not in conflict with the statement we put out Saturday,” Sanders added.

That statement indicates the press was misled by Sanders on whether Harris would test or had taken a test or if there were any concerns of her contracting the virus after meeting with the Texas Democrats.

Harris was last seen in public with President Biden on Friday. The White House has not released any information about Harris’s activities on Monday, and the vice president’s office continues to refuse questions regarding Harris’s health.