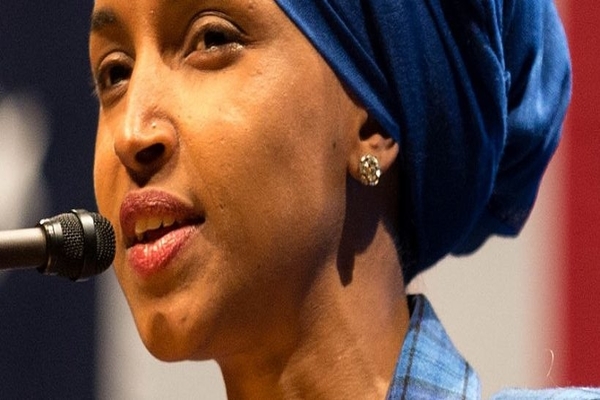 Rep. Ilhan Omar (D-MN) saw members of the far-left “Squad” come to her defense after dozens of her Democrat colleagues condemned her for comparing the U.S. and Israel to the terrorist organization Hamas.

“Pretty sick & tired of the constant vilification, intentional mischaracterization, and public targeting of @IlhanMN coming from our caucus,” Ocasio-Cortez wrote:

Omar has a history of speaking out against Isreal and has received criticism for antisemitic commentary; she said the U.S. “must have the same level of accountability and justice for all victims of crimes against humanity. We have seen unthinkable atrocities committed by the U.S., Hamas, Israel, Afghanistan, and the Taliban.”

Omar was openly chastised by a dozen Jewish Democrat colleagues for her comparison, calling it “offensive” and “misguided.”  The Democrat from Minnesota responded that their public condemnation was “shameful” and accusing them of using “islamophobic tropes” against her. She clarified that her initial comments were explicitly about cases under investigation by the International Criminal Court (ICC).

Pressley wrote, “Stop the bad faith attempts to take @IlhanMN’s words out of context. … Imagine if Congress was outraged by what Palestinians endure daily”:

Bush suggested the Democrats’ issue with Omar, a Somali-American, was a product of anti-blackness and “Islamophobia”:

House Speaker Nancy Pelosi (D-CA) and six Democrat House members interjected in the unrest, echoing their Jewish colleagues’ concerns by saying Omar’s comment “foments prejudice and undermines progress” but also saying — in a sign that they were looking to conclude the infighting — that they “welcome the clarification” she provided.

Tlaib, who earlier wrote she was “tired of her colleagues (both D&R) demonizing” Omar, expressed later that she was unsatisfied with the Democrat leadership’s response:

Republicans also took issue with her sentiments against Israel.

Rep. Lee Zeldin (R-NY), a Jewish congressman, called for Omar to be stripped of her Foreign Affairs Committee membership, and House Minority Leader Kevin McCarthy (R-CA), who has previously objected to her membership on the committee, said Thursday, “Rep. Omar’s anti-Semitic & anti-American comments are abhorrent. … It is time for the Speaker to Act.”