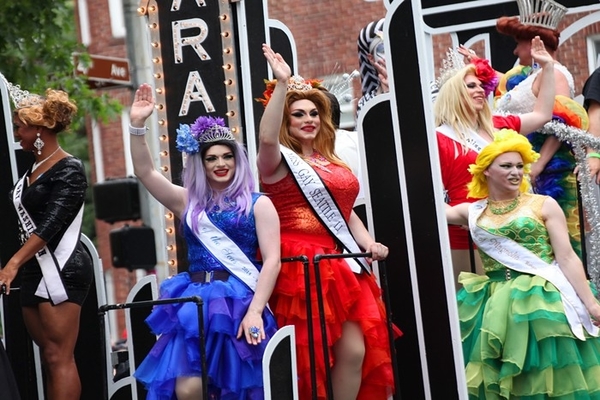 Seattle will charge white skin individuals a $50 reparations fee to keep the event free for transgender people of color.

“All are free to attend HOWEVER this is a BLACK AND BROWN QUEER TRANS CENTERED, PRIORITIZED, VALUED, EVENT,” the event’s literature reads. “White allies and accomplices are welcome to attend but will be charged a $10 to $50 reparations fee that will be used to keep this event free of cost for BLACK AND BROWN Trans and Queer COMMUNITY.”

Trans Women of Color Solidarity Network is the event’s sponsor; they have been condemned by the LGBT organizers Philip Lipson and Charlette LeFevre of Capitol Hill Pride; the organizers have complained to the City of Seattle Human Rights Commission.

The Capitol Hills Pride complaint has been denied by the Seattle Human Rights Commission, arguing Lipson and LeFevre should “educate” themselves on the “harm it may cause” to pursue “a free ticket” to the event.

“We would like to recommend, if possible, that you educate yourself on the harm it may cause Seattle’s BIPOC community in your pursuit of a free ticket to an event that is not expressly meant for you and your entertainment,” the commission wrote.

Capitol Hill Pride sought another remedy by asking the City of Seattle to block the event on the grounds of “discrimination”:

It has come to our attention that an event called Taking B(lack) Pride at the Jimi Hendrix public park on June 26th is charging whites-only admission as reparations. We consider this reverse discrimination in its worst form, and we feel we are being attacked for not supporting due to disparaging and hostile emails.

We would like you to investigate the event as possible ethics and elections violation as Taking B(lack) Pride is hosted by Nikki Etienne—a campaign manager for Nikkita Oliver who just recently dropped out of our event Capitol Hill Pride over non-support of Take B(l)ack Pride.

The city responded using Twitter via  Seattle City Council President Lorena Gonzalez, saying she “will no longer be attending Capitol Hill Pride after reading their letter to @SeattleHRC. After a year that has taken an unbelievable toll on all of our communities, I was looking forward to this opportunity to celebrate Pride in person.”

Gonzales is a radical leftist, the Post Millennial reported.  She has “advocated for the drastic defunding of the city’s police department,  after calling SFD a model them blaming the rise on crime on COVID.