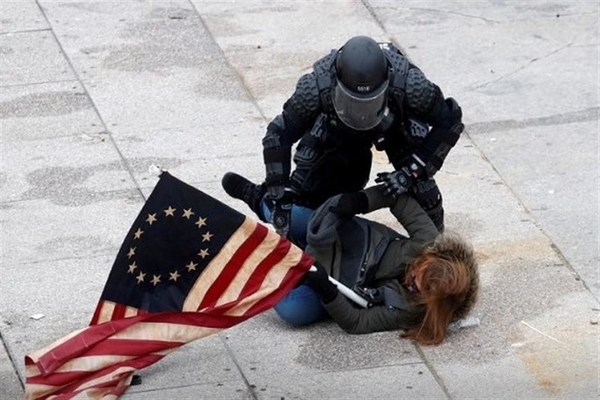 The Washington D.C. department of corrections has been found in contempt of court by a federal judge.

District Court Judge Royce Lamberth ruled that both the jail warden and the director of the Department of Corrections are in contempt of court for withholding Christopher Worrell’s records, the Jan 6 defendant suffering from a broken hand and non-Hodgkin’s lymphoma.

Lamberth’s decision came after hearing D.C. Jail Warden Wanda Patten and DOC Director Quincy Booth disregarded an Oct 8 order to produce an orthopedic surgeon’s report who examined Worrell and his medical requests to treat his cancer. Both Patten and Booth claimed miscommunication for their failure to comply; the judge did not buy their excuse.

“I don’t accept that explanation,” Lamberth said. “No one noticed in jail that he’s sitting there in pain all the time? Does no one care?”

Lamberth said Worrell’s treatment is “inexcusable” and wondered if his inhumane treatment is politically motivated. He demands a civil rights probe into the matter and has referred the case to the attorney general. However, because of the bias of the Biden administration, Worrell likely will not receive any justice as the system is against patriots.

Big League Politics has reported on the cruel and unusual punishment doled out to Jan 6 patriots by a regime with no respect for the rule of law:

“Rep. Marjorie Taylor Greene (R-GA) is saying that Jan 6 patriots “are being treated like political prisoners of war” by a Biden regime that is launching a war on terror against its people.

Greene addressed the torture on NewsMaxTV.

“I think it’s outrageous, and I have no problem saying that these Jan 6 defendants are being treated like political prisoners of war,” Greene said.

“One of the things I did last week in California is I toured the border, and I also got to see one of the detention facilities that ICE and our U.S. Marshalls use, and I can tell you for a fact illegals that break our laws…are treated far better than the Jan 6 defendants,” she added.

Greene believes that the Jan 6 protesters deserve their due process rights regardless of whether or not they are guilty of any criminal acts. The fact that they are treated like enemy combatants is anti-American.

“We should be a nation that has laws, law, and order, and justice in our courts, but not a nation that treats people so badly just because we disagree with their political stance,” she said.

“This is what the Democrats are doing. They want to humiliate all people that support President Trump and are not satisfied with the election outcome and are not happy with the Biden regime that is ruling in Washington D.C.,” Greene added.”