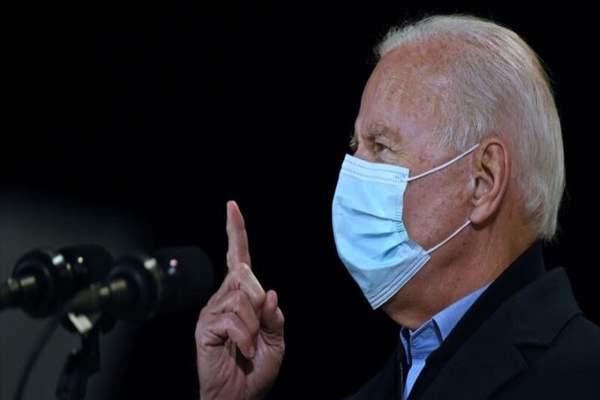 President Biden demanded that Congress vote for his agenda.

“I’m asking every House member, member of the House of Representatives, to vote yes on both these bills, right now,” Biden said. “Send the infrastructure bill to my desk. Send the Build Back Better bill to the Senate.”

The president has been reportedly making calls to House Democrats trying to rally support for his bills. House Speaker Nancy Pelosi has planned for a vote to be held at the end of the day.

He claimed the boost in job growth resulted from his $1.9 trillion bill that was passed in March while demanding support for his multi-trillion agenda.

Biden argued the U.S. economic recovery is “faster, stronger, fairer, and wider” than anyone could have expected.

“That’s what the numbers say, but we want to make sure that people continue to feel it in their lives, in their bank accounts, in their hopes and expectations,” Biden said.

The passing of his Build Back Better bill and his infrastructure bill would help continue economic recovery.

Biden indicated he would go back to the Oval Office and lobby more Democrats to support his bills; the vote is expected on Friday afternoon.

“If your number one issue is the cost of living, the number one priority should be seeing Congress pass these bills,” he said.