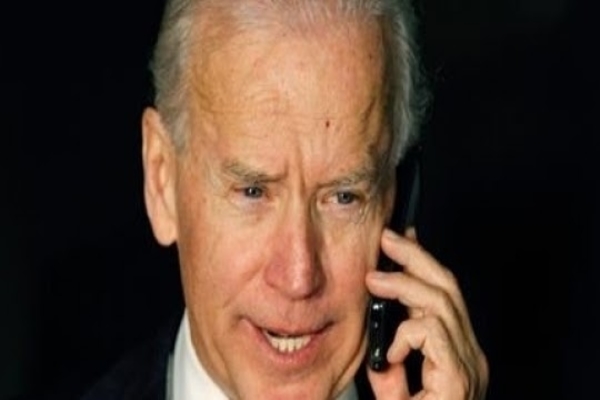 The Biden administration released a report claiming mass migration is due to climate change, as people are being forced to leave their homes and communities.

This new report leads to activists calling on the United States to issue “humanitarian visas,” allowing the migrants to have refugee status, allowing them to “temporarily reside in the country.

In Part, the “Report on the Impact of Climate Change on Migration” says:

Extreme weather events and conflict are the top two drivers of forced displacement globally, together responsible for the annual movement of nearly 30 million people from their homes. There is a strong correlation between countries and regions most vulnerable to climate change and those that are fragile and/or experiencing conflict or violence. Climate-related impacts may further stress vulnerable communities, increasing the risk of conflict and displacement in the absence of effective prevention efforts and vice versa. Climate-related impacts also pose an increased risk to marginalized communities displaced by conflict related to the impacts of climate change. This risk is more acute in regions with weak governance and dispute resolution infrastructure and in growing peri-urban areas where many migrants are heading.

In the report, an increased number of immigrants are allowed to come into the U.S., arguing no distinction between legal and illegal immigration:

Large migration flows are frequently framed as a threat to both domestic and international stability and social cohesion. Inadequate policy frameworks to manage large migration flows may exacerbate resource inequalities, stress public budgets, and contribute to xenophobia that increases political tensions. Anti-immigration political actors may seize on both real and perceived challenges of uncontrolled or large migration flows to improve political standing, inflaming existing tensions and undermining efforts to appropriately respond to acute migration or refugee crises, such as those caused by the Syrian civil war or extreme weather and violence in Central America.21 These risks highlight the importance of considering not only those who move following a climatic shock but communities receiving higher rates of in-migration.

Surging irregular migration flows to the United States have increased domestic attention on the politics of immigration, and climate change has the potential to compound related political and social challenges by causing additional displacement. The lack of bipartisan agreement on humane border procedures and immigration polices complicates U.S. efforts to mobilize global support for protecting refugees, asylum seekers, and other vulnerable migrants. The current migration situation extending from the U.S.-Mexico border into Central America presents an opportunity for the United States to model good practice and discuss openly managing migration humanely, highlight the role of climate change in migration, and collaborate with other governments to address these challenges.

“No way to say this gently, climate migration is a pressing problem,” the NPR host said during the interview on All Things Considered. “And it appears to be likely to become an ongoing crisis. In coming decades, the U.N. projects tens of millions of people will be forced to move away from their homes. What’s happening right now?

“Right now, climate-related and other environmental disasters displace about three times the number of people than conflict within their own countries,” Francis said:

So even though we know that millions of people are expected to be on the move, we already know that right now, climate change is a lead driver of displacement. So here in the U.S., by some predictions, we’ll have about 13 million people on the move this decade because of just sea-level rise. And we’re already seeing Indigenous communities in the U.S. who have made the really difficult decision to relocate internally because of the existential threat they were facing from climate change impacts.

She went on to advocate for special visas.

“I think we need a climate-humanitarian visa,” Francis said:

And what that would actually mean is that if you are a person from a climate-vulnerable region where you – say you’re a farmer, and your crops have been failing for the last five years, and your family has been starving. The U.S. government would say, okay, there’s a way for you to come and seek shelter here. We understand that it’s really hard for you to sustain life where you are because of climate impacts.

“And so as a first step, the U.S. would define a set of countries that are climate-vulnerable,” Francis said. “And people from those countries would be off the bat eligible.”