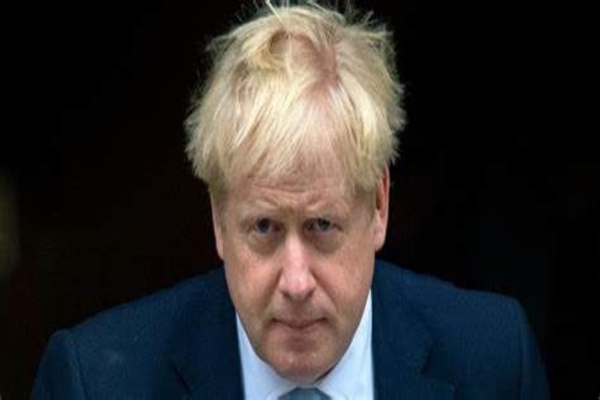 President Biden reprimanded Boris Johnson for not rolling over to the European Union on whether or not to continue to dictate what happens in Northern Ireland despite Brexit.

Although Biden’s surname traces back to English settlers, he identifies publicly as American-Irishman.  He has taken it upon himself to intervene between Britain and the EU’s disputes, of which the Republic of Ireland is a member, on Brussel’s side.

Biden has instructed the Deputy Chief of Mission and Chargé d’Affaires of the United States to the United Kingdom, Yael Lempert, to issue a so-called démarche of the sort usually reserved for geopolitical foes such as Belarus or North Korea to the Lord Frost, Britain’s chief Brexit negotiator, expressing “great concern” over British policy “slowly and gravely,” it is reported.

Britain and Brussels are currently at loggerheads over the EU’s insistence that the British government impose internal borders between Northern Ireland and the rest of the United Kingdom restricting the movement of foodstuffs, in particular, across the Irish Sea, with eurocrats insisting that this is the only way that the border between Northern Ireland and the EU Ireland can remain open. However, the impact of such a move would mean effectively hiving off part of the United Kingdom — an affront to a sovereign nation — to appease Brussels.

Early on, Biden has taken the EU’s side in this dispute, now as Lempert implies, the British are “inflaming” the situation and pressing them to accept “unpopular compromises” in order to deter the terrorist Provisional Irish Republican Army (IRA) from abandoning the so-called “peace process” and resuming its deadly campaign against British military personnel, police officers, elected officials, and ordinary citizens, including schoolchildren and even people paying their respects to the fallen at war memorials.

There is no question of asking the EU to make compromises, for example, by simply agreeing to mutual recognition of standards between the United Kingdom and the European Union rather than requiring total British submission to EU rules or a convoluted regime in which one part of the United Kingdom imposes border controls on another in order to avoid the introduction of border controls on a foreign country.

The dispute has been dubbed ‘The Sausage Wars’ by the media. However, the silly name masks the serious question of whether the British government remains truly sovereign in Northern Ireland or becomes a kind of outpost of the European Union. British jurisdiction has become notional and conditional rather than actual.

Despite the EU attributing its intransigence on the Irish border to the supposedly all-important need to avoid a so-called hard border in the name of peace, earlier this year it announced a hard border for vaccines without even bothering to consult EU Ireland’s national government first — backing down only after Irish politicians and mainstream media departed from their usual line of defending any action taken by Brussels to facilitate a substantial political and public backlash.

Residents of the Province were offered a referendum on whether to stay in the British Union or join the Republic of Ireland in 1973, with a significant majority voting to remain British despite the threat of republican terrorism on polling day.