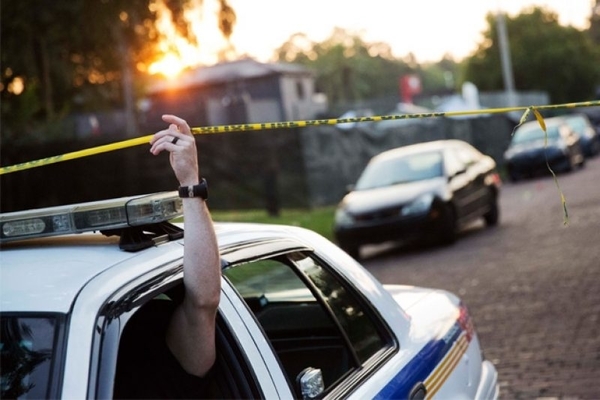 In a Los Angeles Police Department Community Alert, San Francisco residents are advised to “cooperate and comply” when being robbed.

Due to an increase in violent street robberies, Robbery-Homicide Division has become aware of an ongoing crime trend of follow-home robberies. Suspects have been locating victims in Los Angeles, following them, and then committing the robberies as the victim arrives home or at their business. … These crimes have occurred throughout the City of Los Angles as well as neighboring cities. Different suspects have been identified and arrested for these types of crimes.

The release outlines seven points that inform city residents of the department’s advice on what to do in response to the robberies.

The fifth point on the LAPD’s release says, “If you are being robbed, do not resist the robbery suspects; cooperate and comply with their demands. Be a good witness.”

California has been stringent on gun control with universal background checks and a ban on “assault weapons since the 1990s.

Self-defense campus carry is banned in the education system, and K-12 teachers are forbidden from having guns for classroom defense. Additionally, law-abiding citizens are limited to the number of guns they can buy each month; they must also show “good cause” to be approved for a concealed carry permit, and they must register their weapons. There is a 10-day waiting period on gun purchases; the state practices red flaw law and is currently litigating a ban on “high-capacity” magazines in the state.

California has ammunition controls that include background checks for ammunition purchases.

Despite all the gun and ammunition controls, Los Angeles is currently experiencing “an increase in violent street robberies.”