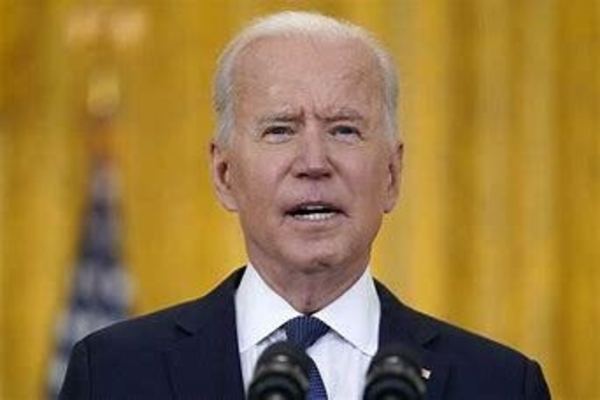 Top Democrat pollsters and strategists realize that the Biden administration is failing most challenges, including Afghanistan, increasing wages, border security, and coronavirus.

“There’s no good news here. This is all on his watch,” said Maslin, who worked Jimmy Carter and Howard Dean. “You can argue what he’s doing or not doing, but it’s almost irrelevant. If things are chaotic and wrong, it ain’t going to help him.”

Another Democrat strategist said Biden was supposed to be a return to “normalcy.” Instead, the world under Biden is chaotic.

“When Biden was elected, it was supposed to be, ‘Oh, the adults are back in the room to take charge,’” the strategist said. “It turns out we can’t do anything. Any Democratic strategist who thinks this is not going to impact the midterms or impact Biden being reelected, clearly they don’t know what the f— they’re talking about.”

Celinda Lake, a former Biden pollster, described August as  “a month of really bad news, and also a month of unpredictable news, and that’s made the public very depressed.”

“It’s been everything,” Lake explained. “It’s fires; it’s hurricanes, it’s Haiti, it’s Afghanistan, it’s Covid, it’s the economy, it’s going back to school. But the thing is, in most cases, people don’t blame Joe Biden for this, and in some of the areas, like Covid, they still think he’s doing a good job.”

Megan Jones, a former Harry Reid advisor and Democrat consultant, said this presidency “feels like the apocalypse” – whether it is coronavirus, Afghanistan, floods, or fires.

“It feels like the apocalypse sometimes when you wake up and turn on the news,” said Megan Jones, a former Harry Reid adviser, and Nevada-based Democratic consultant. “You’ve got Delta raging, you’ve got a fire that’s the size of New York City, and you’ve got floods. It’s all too much for everybody.”

The failing poll numbers align with the negative sentiments of Democrats. Biden’s approval rating has sunk in seven key House districts while the Democrats can only spare to lose three seats in the 2022 midterms

The crushing weight of the Afghan withdrawal that left 13 U.S. service members dead and the hundreds of Americans stranded has collapsed Biden’s approval rating.

But Biden’s most damaging slide is on the topic of coronavirus. Breitbart News reported only 52 percent of Americans support Biden’s handling of coronavirus, down from 12 points since April, significantly contributing to Biden’s historic loss of support.