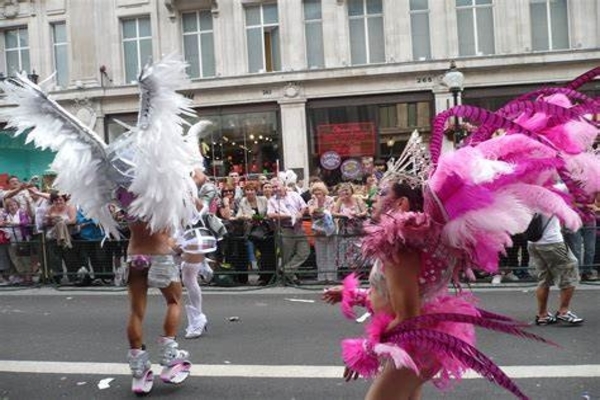 The July 4th celebration is canceled; however, Evanston, Ill, will hold the “Juneteenth” celebration and their LGBT pride parade.

This a part of ongoing demoralization against the American people, as national pride is decimated while replacing it with the glorification of the thugs of Black Lives Matter and the transgender drag queens.

“The Evanston Fourth of July Association has decided to cancel its fun run, parade, band performance, and lakefront fireworks show for Independence Day this year,” the city wrote in their announcement.

“Help celebrate by joining Evanston Pride on Sat., June 26 for a drive-by house (“float”) parade beginning at 1 p.m., a community picnic at James Park beginning at 3 p.m., and a Candle Lighting Ceremony and Memorial at the Morton Civic Center beginning at 7 p.m.,” the city announced.

Big League Politics has reported on how Juneteenth is being promoted and anti-white critical race theory, the anti-American blood libel that is the 1619 Project, and the Tulsa riot exaggeration to replace authentic history and fuel more division and animus. Right-wing pundit Michelle Malkin eviscerated this far-left agenda on her now-shuttered program for Newsmax TV:

“Michelle Malkin exposed “the Left’s war on whites” during her weekly Newsmax program, Sovereign Nation, which aired on Saturday.

Malkin issued a scathing monologue where she laid out the truth that most conservative commentators are too frightened to admit.

“In America 2021, our children are being indoctrinated from kindergarten through college to hate the historic American nation, its founders, and the majority race in this country,” she said…

During one segment, she brought on African-American clinical psychologist Gary Thompson to expose the dangerousness of Marxist critical race theory. He explained how the doctrine is training whites to subjugate themselves so they can more easily be looted.

“The end result for all of this is for 250 million white Americans to take a knee, whip out their checkbooks for reparations, to get in the back of the bus and then to shut up and ask no questions,” Thompson said…

“America will not survive unless Marxism is rooted out. Americans will need to collectively summon Malkin levels of courage to defeat the insidious threat within.”

Critics for Juneteenth’s adoption are vindicated as it is already replacing July 4 as independence day.  With gay pride flags being flown from US military bases worldwide, we now understand the ones in charge following the electoral coup of last year.