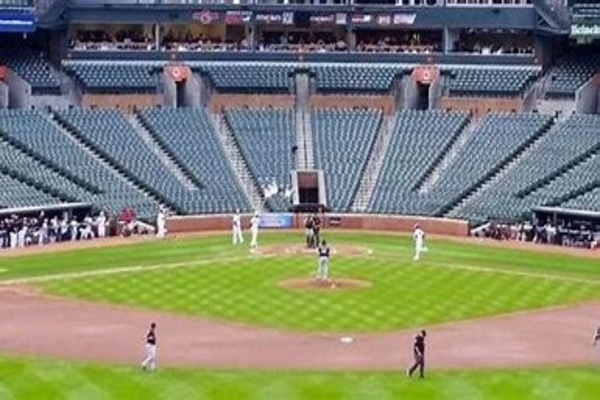 Major League Baseball (MLB) elected to choose wokes over their fans as they relocated the All-Star Game to Denver.

The fans appear to be letting their feelings be known.

According to Sports Media Watch:

A 7-inning Cardinals-Braves, Sunday Night Baseball game averaged just 931,000 viewers on ESPN over the weekend, down 49% from the comparable window in 2019 (Cubs-Dodgers: 1.84M) and the least-watched Sunday night game this season. The game aired opposite an NBA Game 7 (Hawks-Sixers: 6.16M) and partially overlapped with the final round of golf’s U.S. Open.

The show just how bad this is, consider the NBA has seen increased ratings from last year’s pandemic-plagued season.   For example, game 2 of the Western Conference Finals saw a 66% increase from the comparable night in 2020.  However still far below the 2019 season.

In all fairness, the MBL shared the stage with the NBA and the U.S. Open; but, consider this.

“The previous day, regional MLB action on FOX (Reds-Padres or White Sox-Astros) averaged 1.41 million — the least-watched FOX telecast of the season,” SMW reported. “The window was originally scheduled to include Cardinals-Braves, but the game was postponed. FS1 chipped in 261,000 for Tigers-Angels later in the night.”

So, MLB is not just tanking in primetime head-to-heads against other sports.

Furthermore, that is not all, SMW continued:

In other action, TBS averaged 359,000 for its season debut of A’s-Yankees last Sunday afternoon — unsurprisingly down 46% from its first game last season, which aired on the opening weekend of the months-delayed season (7/26/20 Yankees-Nationals: 659K). Compared to the network’s 2019 opener, viewership fell a more modest 9% (7/7/19 Yankees-Rays: 395K).

These numbers are horrible and can attribute to the league’s Black Lives Matter embrace and the decision to pull the All-Star Game out of Georgia due to the state’s attempt to make cheating impossible for Democrats.