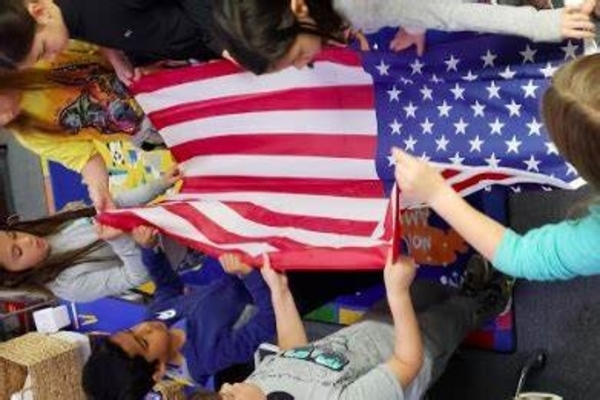 The Zinn Education Project has more than 5,000 teachers pledging to teach Critical Race Theory (CRT) even if laws ban it.

The Zin Project claims the bans on teaching the students that America is a racist, oppressive country means they will be taught “lies” instead the pledge states:

Lawmakers in at least 26 states are attempting to pass legislation that would require teachers to lie to students about the role of racism, sexism, heterosexism, and oppression throughout U.S. history.

The laws “aim to prohibit teachers from teaching the truth about this country: It was founded on dispossession of Native Americans, slavery, structural racism and oppression; and structural racism is a defining characteristic of our society today,” claims the project.

“[H]ow can one teach honestly about the nature of our society without examining how today’s racial inequality is a systemic legacy of this country’s history?” the Zinn Education Project asks, and continues:

From police violence to the prison system, to the wealth gap, to maternal mortality rates, to housing, to education and beyond, the major institutions and systems of our country are deeply infected with anti-Blackness and its intersection with other forms of oppression. To not acknowledge this and help students understand the roots of U.S. racism is to deceive them — not educate them. This history helps students understand the roots of inequality today and gives them the tools to shape a just future. It is not just a history of oppression but also a history of how people have organized and created coalitions across race, class, and gender.

“We, the undersigned educators, refuse to lie to young people about U.S. history and current events — regardless of the law,” the project urges teachers to write to their state legislators.

The project hopes to achieve the goal of 6,400 signatures.

The Zinn Education Project is inspired by the radical leftist Howard Zinn, author of A People’s History of the United States.

Indoctrinating the American students to identity politics and organization of social justice movements, including the CRT teachings, a Marxist cultural ideology embracing all social issues to be viewed through the lens of race claiming white people are oppressors and black individuals are victims.

NEA also announced it plans to join with Black Lives Matter at School and the Zinn Education Project “to call for a rally this year on October 14 – George Floyd’s birthday – as a national day of action to teach lessons about structural racism and oppression.”

The Association will further convey that in teaching these topics, it is reasonable and appropriate for curriculum to be informed by academic frameworks for understanding and interpreting the impact of the past on current society, including critical race theory.

The American Federation of Teachers (AFT), the other large teachers union in the nation, denied CRT is being taught in K-12 schools. Still, activist Ibram X. Kendi was invited to speak this week at its TEACH professional development conference.

Kendi was referenced by the Biden education department when the rule to establish priorities for grants in American History and Civics Education programs incorporating CRT was proposed.

“As the scholar, Ibram X. Kendi has expressed, “[a]n antiracist idea is any idea that suggests the racial groups are equals in all their apparent differences—that there is nothing right or wrong with any racial group,” the Biden education department stated.

During his discussion with members of AFT, Kendi said, “[T]o be antiracist, is to admit the times which we’re being racist. To be racist is to constantly consistently deny, deny, deny, like Donald Trump.”