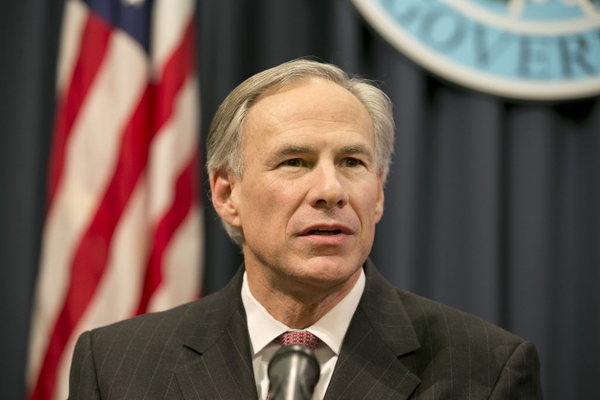 In protest, the Democrat members of the Texas legislature flee maskless to halt the Texas GOP’s from strengthening election safeguards. Gov. Greg Abbott responded by stating legislators “will be arrested” on return.

Photos show several Texas Democrats fleeing the Lone Star State as their latest move to protest the GOP’s efforts to strengthen election integrity in the state. Notably, in May, Democrats of Texas derailed the effort at the end of the 2021 regular session by staging a walkout, leaving Republicans without the required number to vote on the measure, Senate Bill 7.

Now, the Texas Democrats flee the state while denying the GOP majority the quorum to pass any bills.

“This is a now-or-never for our democracy. We are holding the line in Texas,” Democratic state Rep. Trey Martinez Fischer said. “We’ve left our jobs, we’ve left our families, we’ve left our homes. Because there is nothing more important than voting rights in America.”

Democrats are shown in pictures onboard a plane, unmasked, smiling while holding up peace signs. Meanwhile, GOP lawmakers such as Sen. Rand Paul (R-KY) and Rick Scott (R-FL) have been fighting to end the federal mask mandate; regardless of vaccination status, domestic travelers must mask up on commercial flights.

According to a February report from the National Business Aviation Association (NBAA), the federal rule extends to “charter operations and at transportation hubs including FBOs.” However, “private conveyances for personal, non-commercial use are exempt from the rule, meaning passengers of private Part 91 operations are not required to comply.”

A case of Miller Lite on the bus prompted critics to note that alcohol sales require a photo ID, which Democrats routinely describe as racist and suppressive.

Monday night Gov. Gregg Abbott (R) responded to the Texas Democrats fleeing to Washington, DC, to protest Republican integrity laws by stating the legislators “will be arrested on their return.

“As soon as they come back in the state of Texas, they will be arrested, they will be cabined inside the Texas Capitol until they get their job done,” Abbott stated. “Everybody who has a job must show up to do that job, just like your viewers on watching right now. State representatives have that same responsibility.”

Abbott also said the Speaker of the Texas House of Rep., Dade Phelan (R), can “issue a call to have these members arrested.”

Phelan, who was elected Speaker on January 12, 2021, issued a statement Monday, only saying he “expects all members to be present in our Capitol in order to immediately get to work on” election integrity.

The governor warned, “And so if these people want to be hanging out wherever they’re hanging out on this taxpayer-paid junket, they’re going to have to be prepared to do it for well over a year.”

Abbott said on June 2 to the Dallas Morning News that “One of the primary things that we sought to achieve was to address flaws, as well as the possibility for cheating in mail-in ballots,” Abbott said in reaction to President Biden’s criticism of the measure.

“The voter law in the state of Texas is far more accommodative and provides far more hours to vote than it does in President Biden’s home state of Delaware, where he voted in the last election, where they offer exactly zero early voting days,” he said. “If there’s any voter suppression taking place, the easier allegation is say that voter suppression has taken place in Delaware, not Texas.”