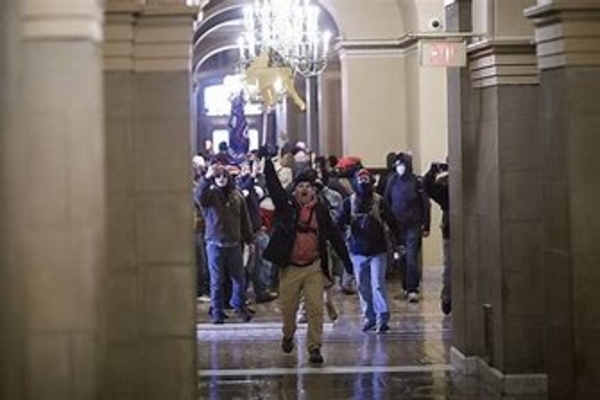 Reps. Chip Roy (R-TX) and Thomas Massie (R-KY) are demanding answers to the mistreatment of participants of the Jan. 6 protest in a letter sent to Attorney General Merrick Garland.

The letter explains, “On May 12, you testified to the Senate Appropriations Committee that, ‘if there has to be a hierarchy of things that we prioritize, this would be the one we would prioritize because it is the most dangerous threat to our democracy.’”

“Respectfully, such a sweeping exaggeration can be viewed as nothing more than political hyperbole and a dangerous politicization of law enforcement activities that may punish those engaging in protected speech by lumping them in with those who committed acts of violence,” they added.

Roy and Massie are concerned about the feds using Jan 6 as an excuse to abolish the Bill of Rights and Constitution, Thus bringing American patriots into the war on homeland terror.

“We continue to hear stories of overly aggressive and violent tactics from FBI agents executing arrest warrants on individuals with no risk of violence or who committed mere trespass offenses.  And DOJ continues to push for pretrial incarceration of citizens with no history of, or propensity for, violence, only to be rebuffed by judges time and time again.  The American people deserve to know why,” they wrote.

Roy and Massie demand the answer from the feds by July 21, and they want a briefing on the matter. They are not the only lawmakers alarmed over the federal overreach in the aftermath of Jan. 6.

Big League Politics has reported on how Rep. Matt Gaetz (R-FL) is pressing the feds for answers on how many of their snitches were planted at the scene of the U.S. Capitol on Jan. 6 as the violence broke out:

“Rep. Matt Gaetz (R-FL) issued a letter to FBI Director Chris Wray on Wednesday demanding information about federal infiltration of militia and patriot groups in the lead-up to the Jan. 6 U.S. Capitol protest that turned violent.

Gaetz said: “As the events of January 6, 2021, come to clearer relief, many questions remain unanswered. On June 8, 2021, the Senate Homeland Security Committee and the Senate Rules Committee jointly produced a 95-page report finding problems ranging from ‘federal agencies failing to warn of a potential for violence, to a lack of planning and preparation by U.S. Capitol police and law enforcement leadership.’”

He posed the following three questions to Wray, demanding a written response by Aug. 1, 2021:

“1. In the year leading up to the events on 1/6 and on 1/6 itself, to what extent were the three primary militia groups (the Oath Keepers, the Proud Boys, and the Three Percenters) infiltrated by agencies of the federal government (including the FBI), or informants of said agencies?

2. Exactly how many federal undercover agents or confidential informants were present at the Capitol or in the Capitol during the “siege,” and what roles did they play (merely passive informants or active instigators)?

3. Of all the unindicted co-conspirators referenced in the charging documents of those indicted for crimes on 1/6, how many worked as a confidential informant or as an undercover operative for the federal government (FBI, Army, Counterintelligence, etc.)?”

Republicans must speak out over the injustice by the White House, who are desperate to keep a stronghold.