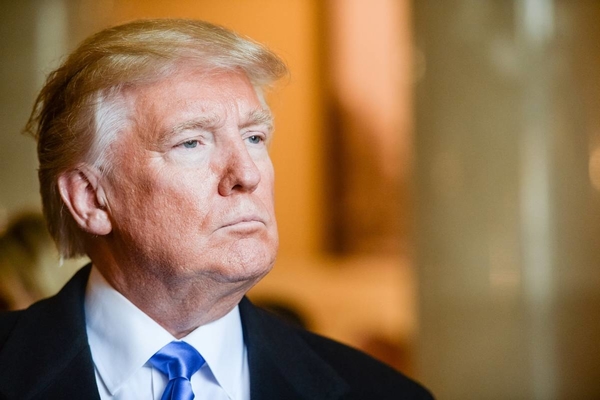 Former President Trump sent a personal message to Ashli Babbit’s family in honor of the Air Force veteran’s birthday. She would have been 36 if she had not been shot and killed during the January 6 protest on Capitol Hill.

According to a live broadcast from journalist Ford Fischer of an event honoring Babbitt, the event featured a variety of speeches and videos decrying her untimely death at the hands of a U.S. Capitol police officer. The personal message from Trump echoed the day’s theme, hailing Babbitt as a “hero” who deserves justice.

“To Ashli’s family and friends, please know that her memory will live on in our hearts for all time,” Trump said. “Ashli served our country in the United States Air Force for 14 years, where she was a security forces airman and eventually went on to achieve the rank of senior airman. She defended our nation overseas, including in Iraq to fight in the war on terror.”

“On that horrible day of January 6, Ashli arrived at the United States Capitol,” he continued. “She was shot and tragically killed. Today would’ve been her birthday. Happy birthday, Ashli.”

An internal investigation by U.S. Capitol Police cleared Officer Micheal Byrd in the shooting of unarmed Babbitt, arguing he lawfully acted within his training.

USCP’s Office of Professional Responsibility (OPR) determined the officer’s conduct was lawful and within Department policy, which says an officer may use deadly force only when the officer reasonably believes that action is in the defense of human life, including the officer’s own life, or in the defense of any person in immediate danger of serious physical injury.

Officer Micheal Bryd told NBC that he showed “the utmost courage” on January 6.

“I had been yelling and screaming as loud as I was, ‘Please stop. Get back. Get back. Stop.’ We had our weapons drawn,” he said.

“I was again taking a tactical stance. You’re ultimately hoping your commands will be complied with, and unfortunately, they were not,” he added.

Byrd insisted that Babbitt was “posing a threat to the House of Representatives” when she attempted to climb through a barricade into the Speaker’s Lobby outside the House chamber on January 6.

In Trump’s message to Ashli’s family said that the was “no reason” for her to have lost her life on that fateful day; he offered his “unwavering support” for her family’s quest for justice.

“There was no reason Ashli should’ve lost her life that day,” Trump said. “We must all demand justice for Ashli and her family. So on this solemn occasion, as we celebrate her life, we renew our call for a fair and nonpartisan investigation into the death of Ashli Babbitt. I offer my unwavering support to Ashli’s family and call on the Department of Justice to reopen its investigation into her death on January 6.”

Trump reportedly spoke with Babbitt’s mother following her death, offering sympathy. “If that happened to the ‘other side,’ there would be riots all over America, and yet, there are far more people represented by Ashli, who truly loved America, than there are on the other side. The Radical Left haters cannot be allowed to get away with this. There must be justice!” Trump reportedly said.