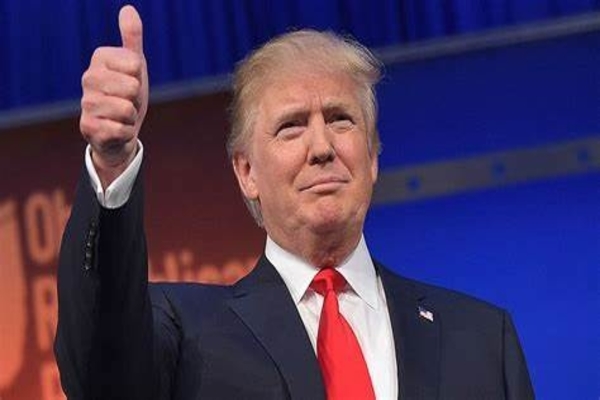 A new poll is again showing former president Donald Trump is the undisputed king of the Republican Party.

The results are shown here.

RINO’s seeking to close the door and move on from Trump will find this as bad news. Their hand-picked roster will lose honoring the Democrats, Romney-style.

“Sen. Tim Scott (R-SC) is working with Democrats on a bill that will attack law enforcement to appease the violent thugs organizing with Black Lives Matter (BLM).

Scott is working with Sen. Cory Booker (D-NJ) and Rep. Karen Bass (D-CA) to punish cops and satiate the terrorist mob that is at war with Western Civilization. They are all working with the Biden White House in an attempt to get the George Floyd Justice in Policing Act approved in the Senate.

“I think we are on the verge of wrapping this up in the next week or two, depending on how quickly they respond to our suggestions,” said Scott, referring to his cronies Bass and Booker.

Scott has shown sympathies to BLM sentiment, claiming that he was pulled over for “driving while black” and making a big deal of his alleged victimhood to other lawmakers. The Biden administration is exploiting Scott’s mental baggage to promote their anti-cop agenda.

“George Floyd was murdered almost a year ago. There is meaningful police reform legislation in his name,” Biden said on Tuesday. “Legislation to tackle systemic misconduct in police departments, to restore trust between law enforcement and the people they’re entrusted to serve and protect. But it shouldn’t take a whole year to get this done.”

The GOP establishment promotes Scott as the party’s face even though he works alongside Democrats to undermine law enforcement. Scott will give the official party response to Biden’s Congressional address coming up. The RINOS relish the airtime of Scott as he repeats platitudes and follows orders.

“Senator Tim Scott is not just one of the strongest leaders in our Senate Republican Conference. He is one of the most inspiring and unifying leaders in our nation,” Senate Minority Leader Mitch McConnell said in a statement.

“He is a conservative optimist with the right vision for a stronger, more united country,” House Minority Leader Kevin McCarthy said. “Today’s Republican Party is a growing coalition of working Americans who value freedom in pursuit of the American dream. No member in Congress epitomizes the essence of today’s Republican Party more than my friend and colleague Sen. Scott.”‘

The poll shows that Scott is a nonviable option. Trump has conquered the GOP, and there is no turning away from his America First agenda. The 2024 presidential nominee is Trump’s if he claims it.