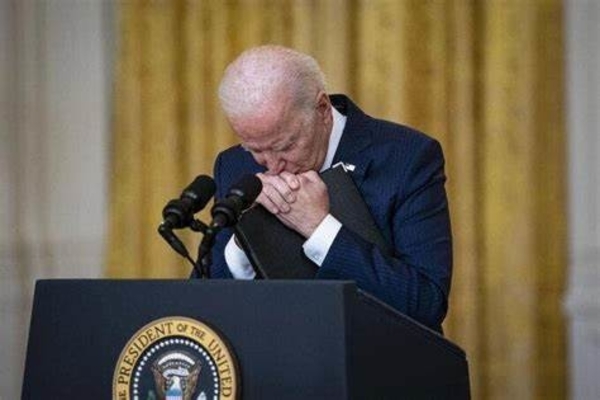 President Biden is facing criticism from a video of him looking at his watch during a dignified transfer ceremony at Dover Air Force Base. The Marines killed in Afghanistan returned to American soil.

According to a review of C-Span footage, the event occurred about 40 minutes into the ceremony at Dover Air Force after the flag-draped coffins were transported into the vans.

Biden and First Lady Jill Biden, along with Defense Secretary Lloyd Austin, were masked with other military members during the ceremony.

The president lifted and pivoted his arm and pulled back his sleeve to glance at his watch before dropping his arm.

Turning Point USA Chief Creative Officers Benny Johnson posted a video of the isolated moment on Sunday afternoon, and it spread quickly with over 500,000 views by Monday morning.

The president looked at his watch after the van doors closed and pulled away from the runway, however, before the official conclusion of the ceremony.

Agence France-Presse photographer Saul Loeb captured an image of the moment for news outlets around the world.

• Cpl. Humberto A. Sanchez, 22, of Logansport, Indiana, a rifleman.