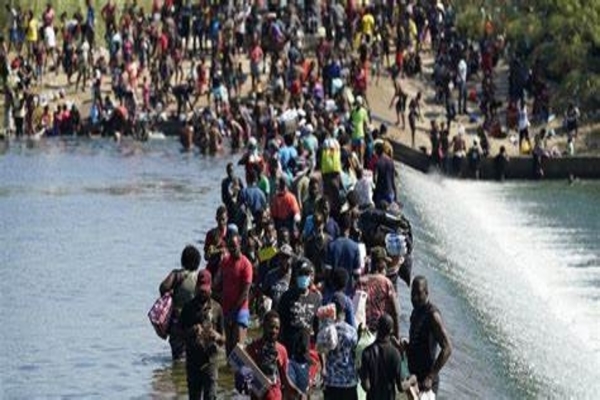 Alejandro Mayorkas, Homeland Security Secretary, on this weeks’ broadcast of “Fox News Sunday,” said that approximately 12,000 Hatialn migrants with numbers that “could be higher” have already been released into the United States.

Anchor Chris Wallace said, “I want to start with those 30,000 Haitian migrants who came across the border into Del Rio, Texas, since September 9th, as you say. You say that 12,400 will have their cases heard by an immigration judge, and another 5,000 are being processed by your department. Mr. Secretary, of those 17,400, how many have been released into the U.S. and how many more potentially could be released into the U.S.?”

Mayorkas said, “About 3,000 are actually in detention, and we make those detention determinations in the best interest of the American public. Others are in immigration court proceedings. They are monitored by us. We impose conditions upon them, so we keep in touch with them and ensure their appearance in court as the law requires.

Wallace said, “Let’s talk about what it’s going to happen to those 12,000. Removal proceedings, including asylum cases, can take anywhere from six months to several years, and 44%, according to the Department of Justice, 44% of those who are released into custody, miss their court hearings. Just as a matter of reality, won’t many of those thousands of people end up settling here in the united states, some of them permanently?”

Mayorkas said, “We have enforcement guidelines in place that provide that individuals who are recent border crossers who do not show up for their hearings are enforcement priorities and will be removed.”