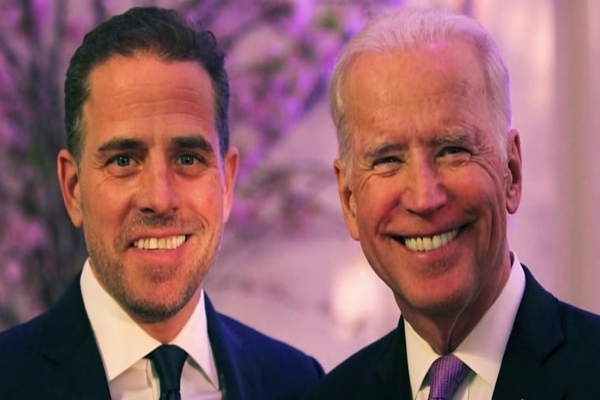 Hunter Biden, an heir to the Biden empire, reportedly sold at least five art pieces for $75,000 each at his Oct 1 exhibit in Los Angeles.

“The Georges Berges Gallery sold the prints before the Oct 1 opening of a ‘pop-up’ presentation in Los Angeles, a source familiar with the matter said Thursday,” the New York Post reported. “It’s unclear who purchased the reproductions — which cost a fraction of the top price of $500,000 for an original piece by President Biden’s scandal-scarred son — or if any more were sold after the LA show opened.”

The source told the Post, the majority of those “allowed to buy works are long-term, private collectors with the gallery, people that Berges knows personally.”

The White House defended Hunters selling to anonymous investors, suggesting it was under a “veil of secrecy.”

Richard Painter, chief of ethics lawyer for former President G.W. Bush, told the Post that the attendees “just illustrates how this veil-of-secrecy idea is not happening.”

“It shows the deal’s not going to be secret,” Painter said. “I think the White House needs to go to Plan B.

Painter was asked who may buy Hunter’s work; he replied they tend to be the wealthy, elite. “They tend to be rich people, and rich people come to their houses, and it tends to get around,” he said.

Biden’s art show will be followed by a second in the spring, reports the Post. “The source also said that the New York City show, which was supposed to open this month, has been pushed back until the spring, with the LA show continuing through November.”