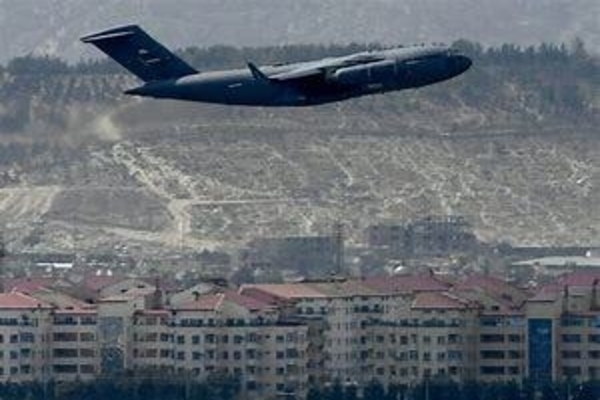 “Democrats just blocked a vote to require a plan from President Biden to bring Americans home and to account for all the military equipment he left behind,” McCarthy tweeted. “Republicans will not stop until every American is home safely.”

James Comer (R-KY) House Oversight and Government Reform Committee Ranking Member stated he is working to hold the Biden administration accountable through first receiving a briefing on the deadly evacuation through the Special Inspector General for Afghanistan Reconstruction (SIGAR).

“Committee Republicans invited the Special Inspector General for Afghanistan Reconstruction to brief Congress today, and I appreciate his willingness to come forward and his commitment to testify before the full Committee in the coming weeks,” Comer wrote.

Rep. Young Kim (R-CA) tweeted she will “keep pressing” to hold the Biden administration accountable. “There’s more work to do,” she added.

“No one left behind means NO ONE left behind. We left hundreds of Americans and more of our allies to the mercy of the Taliban,” Kim tweeted. “It didn’t have to be this way. I will keep pressing the Biden administration on how we let this happen.”

Rep. Ronny Jackson (R-TX) said constituents are still stranded in Afghanistan, as his team is still working to save trapped citizens.

“The State Department should be ASHAMED! My team is STILL working around the clock to try and help constituents get out of Afghanistan because the State Department had no problem leaving them behind,” Jackson said. “They’re useless!”

“Thank you to @michaelgwaltz, @RepTenney, & all of my colleagues who have joined me in introducing the American Freedom & Internet Access Act and launching Operation Starfall!” Salazar tweeted.

The publication wrote, Johnson “is using his oversight authority to investigate allegations that U.S. military leaders prevented U.S. citizens and others from entering the Kabul airport as part of emergency evacuation efforts coordinated by nonprofit groups.”

Republicans are likely to demand answers from the Biden administration, including if the U.S. paid the Taliban for American security in Afghanistan.

On August 25, White House press secretary Jen Psaki was asked if the administration had paid any cash to the Taliban to help secure evacuation coordination.

“But I’m wondering: has the U.S. offered the Taliban anything in terms of cash or supplies to help facilitate this coordination?” the reporter asked.