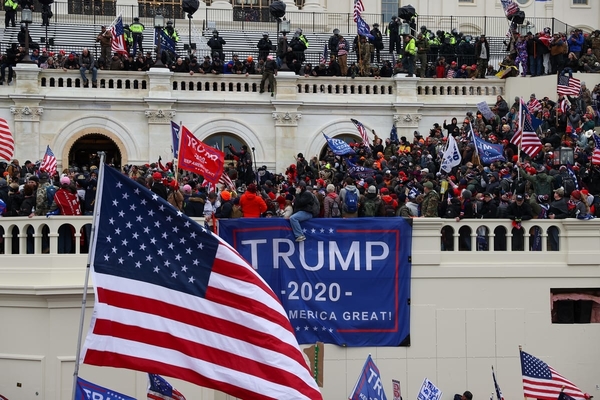 A new video released from the Jan 6 Protest at Capitol Hill appears to show the Capitol Hill Police kicking Rosanne Boyland to death.

It has been claimed that Boyland was trampled to death by pro-Trump rioters and then claimed she died of a drug overdose; however, the FBI released footage indicates otherwise:

This video appears to confirm previous reports from The Gateway Pundit suggesting that U.S. Capitol Police killed Boyland. All while the feds refuse to release thousands of hours of footage from that day.

Big League Politics reported on how other footage that the feds were eventually forced to release against their pleading showed peaceful Trump supporters strolling through the Capitol after being let in without a struggle:

“Video finally released from the Jan 6 demonstration called an “insurrection”, or a “coup” by Democrats shows polite protestors taking a peaceful stroll through open doors at the U.S. Capitol seemingly with the support of police on the scene.

The video shows that Jan 6 was a mostly-peaceful protest with only a small percentage of Trump supporters and outside agitators stirred up into committing any violence:

The U.S. Attorney’s office tried to suppress this footage for months as they painted Trump supporters as a terrorist threat. However, even the FBI admitted no insurrection took place on Jan 6.