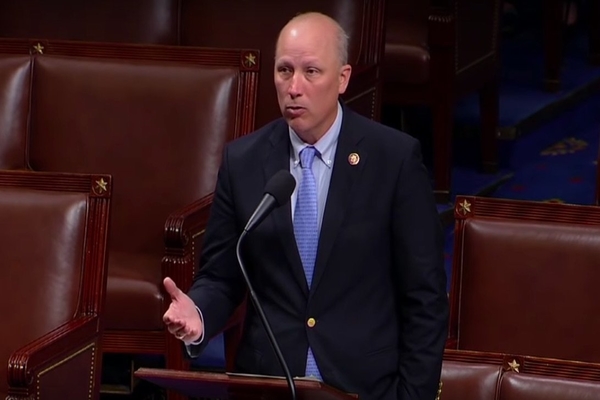 While appearing on Fox News’s Tucker Carlson, Roy demanded Biden be impeached for the destruction of America at breakneck speed, seemingly by design.

“Never before in the history of our country has any president completely and blatantly disregarded the laws of the United States more than what Joe Biden is currently doing,” Roy told Carlson.

“He should be impeached; Republicans should unify behind that message,” he added.

His full comments can be seen here:

Roy is late to the impeachment party, as Rep. Marjorie Taylor Greene (R-GA) filed an impeachment resolution against Biden as soon as he entered office under dubious circumstances.

“Rep. Marjorie Taylor Greene (R-GA) has filed impeachment papers against President-imposed Joe Biden, giving Democrats a taste of their own medicine and rejecting their cynical and demeaning calls for unity…

“President Joe Biden is unfit to hold the office of the Presidency. His pattern of abuse of power as President Obama’s Vice President is lengthy and disturbing. President Biden has demonstrated that he will do whatever it takes to bail out his son, Hunter, and line his family’s pockets with cash from corrupt foreign energy companies,” Greene said, according to a press release from her Congressional office.

“President Biden is even on tape admitting to a quid pro quo with the Ukrainian government threatening to withhold $1,000,000,000 in foreign aid if they did not do his bidding. President Biden residing in the White House is a threat to national security, and he must be immediately impeached,” she added…

Greene’s full press release about her impeachment resolution can be seen here:

… Big League Politics will cover Greene’s impeachment resolution as it gains momentum and other Republican lawmakers show where they stand while supporting or opposing the measure.”

Roy’s shift indicates the GOP is on the right path before the midterm elections.