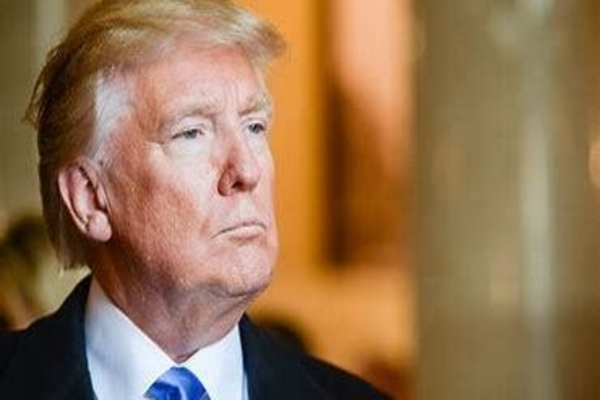 Former President Trump told Breitbart News the “single most embarrassing moment in the history of our country” is the botched withdrawal from Afghanistan by President Joe Biden.

Trump’s interview came before the deadly attack in Kabul – the attack that claimed the lives of 13 U.S. service members and many Afghans, with many more injured – a short time after senior officials of the Biden administration tried to downplay the number of American citizens that remain stranded in Afghanistan after the Taliban swiftly took control more than a week ago.

“Well, the only thing that surprised me is that everybody knew how absolutely stupid this situation in Afghanistan was, that it should have never ever been this way,” Trump said. “Because everybody knows. A child would know, you take the military out last. You get everybody out; then you get all the equipment — you take your $83 billion worth of equipment — then you blow up the bases. And perhaps you stay at; you take a certain area that you may want to keep like Bagram and keep the base Bagram because it’s next to China and Iran. It costs billions and billions of dollars to build. And maybe you keep that for other reasons. But everybody knows that you take your military out last. And they took the military out first.”

During Biden’s press conference on Thursday, he continued to blame Trump for his failures in Afghanistan. Biden and his allies continue this theme as they struggle to defend the crisis escalating in Afghanistan.  However, Trump noted his deal in the interview – signed in February 2020 after Trump and his Secretary of State Mike Pompeo negotiated terms with the Taliban.  Trump and Pompeo meet with Taliban leader Mullah Abdul Ghani Baradar.  There had been no casualties in Afghanistan since it was signed, until Thursday under Biden.

Trump told Breitbart News on Wednesday night, “That was part of — that was a condition. No soldiers were killed — no American soldier was killed.”

On Thursday, all of that changed when Americans received the horrific news that a suicide bomber blew himself up, all while killing more than a dozen American service members as well as many Afghans and injuring many others.

Trump and former first lady Melania Trump issued a joint statement in response to the shocking news; they expressed their condolences to the families and their outrage of events leading to this.

“Melania and I send our deepest condolences to the families of our brilliant and brave Service Members whose duty to the U.S.A. meant so much to them. Our thoughts are also with the families of the innocent civilians who died today in the savage Kabul attack,” the former president said in his statement. “This tragedy should never have been allowed to happen, which makes our grief even deeper and more difficult to understand.”

Trump released a video Thursday night addressing Biden’s failures leading up to the crisis while showing sorrow for the loss of the U.S. service members – while thanking veterans for serving in Afghanistan – during an interview on Sean Hannity’s program on Fox News.

One of the critical topics in Trump’s interview with Breitbart News was questioning Biden’s capacity to serve as commander in chief and conduct the president’s job.  Trump and many Republicans have called for Biden to resign.

Trump believes Biden was calling some of the shots when he was asked if Biden is the commander in chief or if somebody else was.

“But when you have something that’s so obviously stupid, and everybody else goes along with it, he must be to a certain extent calling the shots,” Trump said. “Take a look at what happened. He came up with a plan that’s so crazy and stupid. And the people can’t be that dumb that they would go to approve it. So he must have said this is what he wants to do, and they went along with it. All he had to do is a similar thing — what I was doing was just taking the military out last, and when everybody is out when all the equipment is out, and everything is gone, and then we just take the military, and we wave ‘bye bye.’ Call it a bad experience. And we would have got out with great dignity, and we could have even claimed victory. This is a pure loss.”

In the interview, Trump was asked who was running the White House at a different time, though Trump said that “nobody really knows.”

Save America PAC, Trump’s campaign arm released a video that strongly suggests Biden cannot serve as commander in chief. The ad centers on the latest disaster and Biden’s incompetent handling of Afghanistan – Biden’s scene of tripping up the stairs while loading to Air Force One with Taliban terrorists taking over Afghanistan. Many of Biden’s failures are tied together, from inflation to the border crises to Biden’s complete inability to control the coronavirus pandemic.

Although Trump was moving to withdrawal from Afghanistan, he said it would have been done more effectively than Biden has so far.  As the Taliban saw Biden coming into the White House, they began to plot to return to Afghanistan, knowing Biden would not stop it, Trump continued.  Trump criticized Defense Secretary Lloyd Austin and Chairman of the Joint Chiefs of Staff Mark Milley as the weakening of the military by pushing “woke” ideology instead of military readiness is a huge part of what has gone wrong.

“I had that so locked down; we were going to get every — because I was all for getting out of the endless war,” Trump told Breitbart News. “I was for it more than anybody was, and I was doing it. But we had total control of the country. And as soon as the election was rigged, and they won the election — they didn’t win — look, they didn’t win anything. The election was totally rigged. And as soon as these fake results came out, these people started taking over Afghanistan because they were dealing with Biden, not me. They knew — and I dealt with Abdul. I dealt with the whole group; they knew that there would be hell to pay if anything happened like this. But they’ve taken over from our military. I believe it was the single most embarrassing moment in the history of our country, having to do with prestige and having to do with our military. And our military is devastated by it. They look so bad — the wokesters that are running it. I said it very strongly in Alabama. Woke means loser, and that’s exactly what we’ve become.”

When asked if Biden’s actions are an abandonment of the long-held American military credo “no man left behind,” he said Biden had made that “obsolete.”

“Well, I think that the credo is now obsolete because we’re leaving people behind,” Trump said. “We’re leaving equipment behind. And we spent more money on that war, and we’re leaving all this stuff behind. And it’s top of the line. They’re now, they say, the best-serviced soldiers in the world, the Taliban. They have the best equipment, and they have better equipment than our soldiers have.”