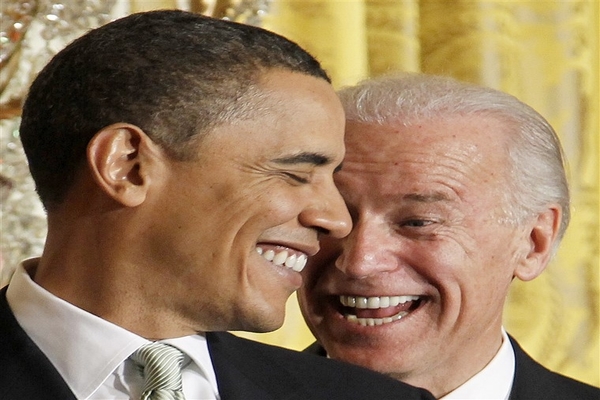 Paki stated they are “friends.”  Their relationship is undefined by the traditional roles of president and vice president.

“They consult and talk about a range of issues, and I would expect that continues through the course of President Biden’s presidency,” Psaki said, a report by Fox News outlined. “That can be done over the phone, it turns out, and I think if President Obama had been here, you would all know.”

The closeness was publicly aired during the last election campaign, and it is no secret.

Psaki said they “keep in regular touch,” and their respective teams also were in regular touch “about a range of issues,” but declined to give the exact number the two have spoken.

Psaki added Biden has committed to strengthening and expanding the Affordable Care Act; that is one issue they will talk about.

Psaki herself was also brought on board from the Obama days.

Biden drew criticism throughout the campaign from Democratic contenders who accused him of running on Obama’s legacy.

Obama was quick to add praise once it appeared Biden would claim the office.

“I know he’ll do the job with the best interests of every American at heart, whether or not he had their vote,” Obama said in a congratulatory statement. “So I encourage every American to give him a chance and lend him your support.”

The former president warned that Biden faced tough challenges after taking office, citing “a raging pandemic, an unequal economy, and justice system, a democracy at risk, and a climate in peril.”

He encouraged all campaign supporters to stay involved with the fight as active citizens of the country.

“Enjoy this moment. Then stay engaged. I know it can be exhausting,” he said.