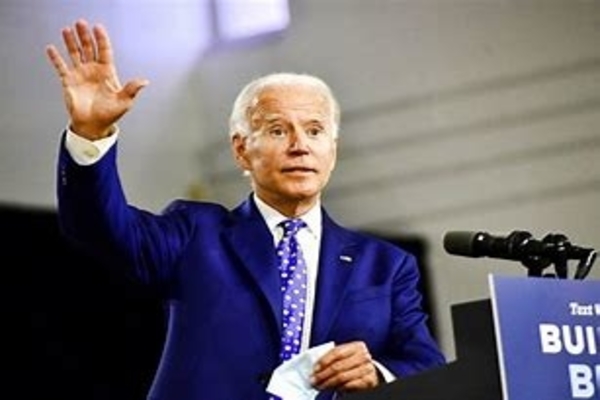 Sunday on CBS’s “Face the Nation,” House Speaker Nancy Pelosi (D-CA) said that President Biden’s $2 trillion infrastructure package does not only include traditional infrastructure, but also includes “human infrastructure” such as housing, education, and childcare.

Partial transcripts are as follows:

MARGARET BRENNAN, HOST CBS’s “FACE THE NATION”: Well, on the specifics of how the president wants to see the economy grow with this two and a quarter trillion dollar package, he’s asking, you have a Democratic majority. It’s a slim one here. You can only really afford to lose about two Democrats. What are you going to do? What concrete proposals can you offer to get Republicans on board with this jobs and infrastructure package?

PELOSI: Well, you’ve heard me say, again and again, public sentiment is everything. Lincoln said that. The public understands that the worst and most expensive maintenance is no maintenance. And we have to maintain our roads, our bridges, our mass transit. We have to upgrade our water systems. We have to build out our- our broadband for distance learning and telemedicine and the rest of that. So we have a big responsibility. We have a big need to the tune of trillions of dollars, according to the American Society of Civil Engineers. This is a very important piece.

BRENNAN: Well, what you just is what you just laid out there does have Republican support. It’s the rest of the package that Republicans are largely objecting to. Can you trim this down?

BRENNAN: You outlined there, the roads, the bridges, the waterways?

PELOSI: Well, no, because infrastructure is- it’s about education, about getting children healthy in school with separation, sanitation, ventilation. It’s about investments in housing as well. Overwhelmingly, this bill is about infrastructure in the traditional sense of the word. We also think that infrastructure- there’s a need for workforce development in order to have the workforce fully participate in how we go forward and childcare so that women can be involved in that as well. So it’s physical infrastructure. It’s also human infrastructure that is involved. And the figure that they use is a ridiculous one to say that it’s just a small percentage of the bill. It is overwhelmingly what the legislation is about. And some newer versions of why – how we build the infrastructure in a way that takes building back better means we’re all going down the path together.

BRENNAN: Well, as we talked about there, you have a slim majority. So to keep the progressives in your party happy, they are pushing you to actually make it bigger, not to slim it down. They’re pushing you as well on paid family and medical leave. I know you continue to say you are committed to making those things permanent,–

BRENNAN: But that’s not in these White House proposals.

BRENNAN: When do you plan to put those things in a bill to make those permanent?

PELOSI: Well, the president has talked about additional legislation, our families bill, that would come next and have issues that relate to lowering the cost of prescription drugs by having a- a negotiation for lower prices about family and medical leave being made permanent. And of course, I want to make the child tax credit permanent as well.

PELOSI: But those in a matter of conversation as we go forward, I have no doubt that we will have a great bill in the House. I hope that it will be bipartisan. I’ve been in Congress long enough to remember when bipartisanship was not unusual and that actually growing- building infrastructure has never been a partisan issue. They would only make it- they made it partisan under President Obama by shrinking the bill. Hopefully, the need is so obvious now that Republicans will vote for it. We’ll see. The door is open. Our hand is extended. Let’s find out where we can find our common ground. We always have a responsibility to strive for bipartisanship.