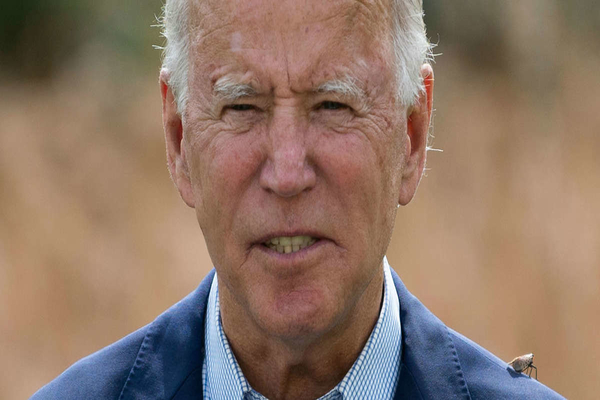 The San Francisco Chronicle reported: “‘These fires are blinking code red for our nation. They’re gaining frequency and ferocity, and we know what we have to do,’ Biden said during brief remarks inside a hangar at Sacramento’s Mather Field.”

The term “code red” refers to the recent UN report on climate change where it used the phrase “code red” to describe a danger to the planet. Last month Steven Koonin, a former Obama administration climate scientist, noted in a Wall Street Journal op-ed: “As usual, the media and politicians are exaggerating and distorting the evidence in the report. They lament an allegedly broken climate and proclaim, yet again, that we are facing the “last, best chance” to save the planet from a hellish future. In fact, things aren’t—and won’t be—anywhere near as dire.”

Koonin added: “The drought and wildfires in the Western U.S. are part of a trend going back a few decades, but forest management and expanding human presence in the forests are perhaps more important than climate change in causing these events.”

In his recent book, Unsettled: What Climate Science Tells Us, What It Doesn’t, and Why It Matters, Koonin considered the scientific data and concluded that “whatever influence a changing climate might have had on wildfires globally in recent decades, human factors unrelated to climate were dominant.” While climate change was “surely” playing a role by creating more fuel for fires, “factors other than climate must also play an important, if not dominant, role.” Many fires are caused by human activity; notably, Newsom has been criticized for poor forest management as he faces a recall election Tuesday.

It has been a Democratic Party tradition to blame climate change for forest fires since the Obama administration when both president and then Gov. Jerry Brown cited climate change for wildfires burning across any state. It is referred to by scientists as a “noble cause corruption” — confusing the science for the sake of a “noble” objective.