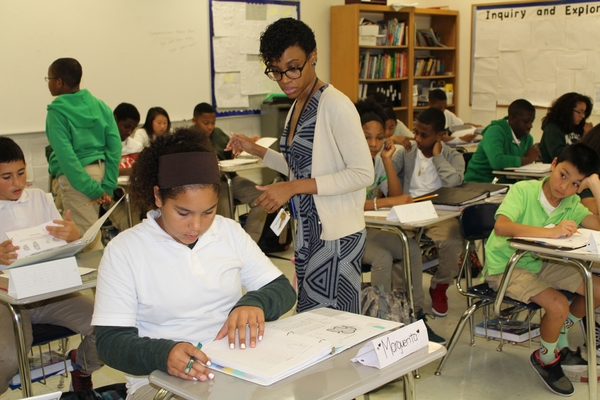 In California, the Department of Education is considering a math framework promoting figuring out correct math answers as an example of racism and white supremacy invading their classrooms.

In the title, “A Pathway to Equitable Math Instruction: Dismantling Racism in Mathematics Instruction,” the idea is to be “exercises for educators to reflect on their own biases to transform their instructional practice.”

Funding for the “Equitable Math” training manual, according to their website, is provided by the Bill and Melinda Gates Foundation, which is also the primary source of funding for the Common Core State Standards.

“White supremacy culture infiltrates math classrooms in everyday teacher actions,” the document states. “Coupled with the beliefs that underlie these actions, they perpetuate educational harm on Black, Latinx, and multilingual students, denying them full access to the world of mathematics.”

The document asserts how teachers assess students learning in math is based on white supremacy culture, as demonstrated by:

The continuation of the proposed California framework:

These common practices that perpetuate white supremacy culture create and sustain institutional and systemic barriers to equity for Black, Latinx, and Multilingual students. In order to dismantle these barriers, we must identify what it means to be an antiracist math educator.

As stated from the section criticizing the concept of “getting the ‘right’ answer ” in math:

The concept of mathematics being purely objective is unequivocally false, and teaching it is even much less so. Upholding the idea that there are always right and, wrong answers perpetuate objectivity [sic] as well as fear of open conflict [sic].

Alarms are sounding by some in the education field regardings the “Equitable Math” framework.