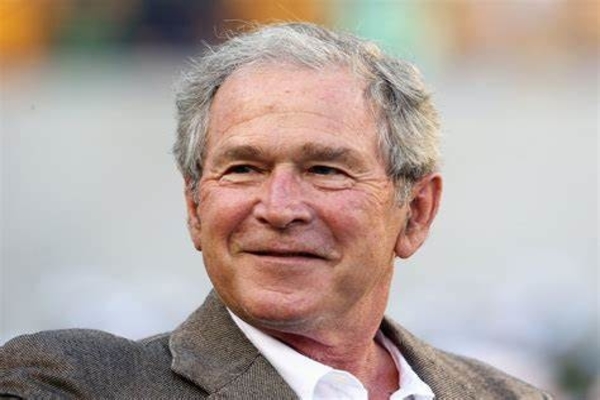 Former President George W. Bush weighs in on the state of the GOP.

Bush was asked how he sees the Republican Party now over ten years out of office by NBC Today host Hoda Kotb.

Bush, who is promoting his new book called “Out of Many, One: Portraits of America’s Immigrants,” said he would describe the party as ” isolationist, protectionist, and to a certain extent, nativist.”

“I would describe it as isolationist, protectionist, and to a certain extent, nativist,” Bush told Kotb.

Kotb asked, “Are you disappointed?”

“Well, that’s not exactly my vision, but you know what, I’m just an old guy they put out to pasture,” he replied. “So, just a simple painter.”

Bush expressed hope that a more moderate Republican — someone pro-“border enforcement with a compassionate touch,” pro-“reasonable gun control,” pro-education funding for public schools could “have a shot” in the party’s 2024 presidential primary.

“I think that it depends upon the emphasis. I think if the emphasis [is] integrity and decency and trying to get problems solved, yeah, I think the person has a shot,” he said.

The former president also said that he thinks a GOP candidate with progressive positions on immigration laws, young immigrants brought to the U.S. by their parents, gun reform, and funding for public schools has a shot at winning the White House 2024.