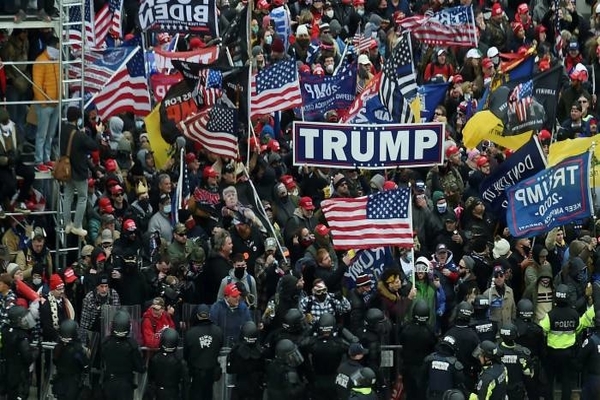 “I believe in Donald Trump’s mind he absolutely is the future, and he’s going to try to maintain that kind of authoritarian relationship with people in the Republican Party,” Raskin said.

“I think we need to confront his criminality, his corruption, and his dangerousness every single day. As long as he’s still out there, he remains a clear and present danger to the American people. He spent four years in office cozying up to every dictator and despot on earth, from Putin in Russia to Orbán in Hungary to Duterte in the Philippines, el-Sisi Egypt. You find a criminal in public office that was Donald Trump’s guy. They’re going to be, you know, sending Jared Kushner out there on a globetrotting tour of every kleptocracy and autocracy on earth in order to collect the money they feel they deserve from having worked with all of these regimes,” he continued.

Raskin added, “That money will be used to try to get Donald Trump to return to the White House.”  Raskin continued, “Of course, if he were to ever able to get back in, he would try to stay forever. He was already talking about a third term and how the Democrats owed him more terms and so on. So I think he remains a very clear and viable threat to the American republic and obviously to the Republican Party. He is likely to destroy the republican party because of his authoritarianism and his determination to remain a cult leader.