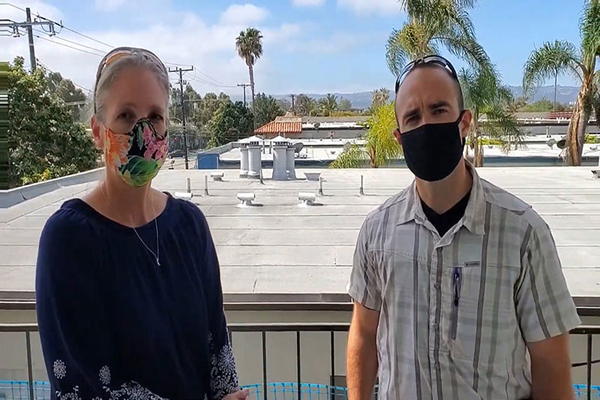 The pro-family group MassResistance, which specializes in exposing pedophiles, is being harassed by the Federal Bureau of Investigation (FBI).

The group believes its leaders are being targeted because of the many controversial posts regarding the Jan. 6 Capitol demonstration, Furthermore, MassResistance has strongly opposed other controversial Biden administration policies, such as the transgender movement’s aggressive targeting of children, as well as the radical LGBT agenda in general. They believe the feds are desperate to make examples in the wake of that event.

“It is not an exaggeration to say that this so-called “law enforcement” organization has become reminiscent of the East German Stasi and the Soviet Union’s KGB. A visit from the FBI can be the beginning of a nightmare for a citizen,” MassResistance wrote.

“We’re following up on leads from DC. We’re just curious if you went to DC or if you knew anybody who had gone to DC, and if you’d be willing to talk to us about any of that,” an agent reportedly told Schaper.

“I did not go to DC. But honestly, I think this is a massive abuse of power which you guys are doing. It’s disgusting. I want to have a lawyer with me before I talk to you. You guys are violating the Constitution,” Schaper responded.

The FBI agents refused to tell Schaper how they gained access to his apartment complex; this is why he told the agents to leave. Later that day, MassResistance president Brian Camenker called the FBI offices in Los Angeles and Boston (where the MassResistance headquarters is located). He asked them for answers: What is this all about? What are they investigating? Who else are they going to be “visiting”? They wouldn’t give him any direct answers. Camenker told them that they should contact us again if they need to talk with us again, and we’ll come to their office with our legal counsel. They said they’d pass the word on.

“It is certainly frightening that the Biden administration has militarized the FBI and much of the federal government against conservative Americans. But as free people, we must stand up to it. We cannot back down or be intimidated… This is not the America we once knew. But we are doing our best to bring our country back,” MassResistance wrote to conclude their report on what occurred.

The work of MassRestiance has been reported on in the past by Big League Politics; they have smoked out pedophiles grooming kids into satanic LGBT lifestyles:

“After revealing that Houston public libraries allowed a sex offender to groom children at controversial ‘Drag Queen Story Hour’ programs, the Houston MassResistance whistle-blower group has found that another pedophile has been given intimate access to young children at these perverted events.

Houston MassResistance uncovered that William Travis Dees, who is a member of a drag queen group called the “Space City Sisters,” has been participating in Drag Queen Story Hour events in the town. Dees is a child sex offender who brags about his time as a transgender prostitute.

“He was photographed at a Drag Queen Story Hour (DQSH) event carrying a rubber chicken – a symbol used by homosexuals to indicate a sexual preference for young boys,” the Houston MassResistance wrote in a post.

Dees’ stage name is Liza Lott, and he has served as a “greeter” during story hour to give himself special access to the children as their parents usher them in to have their souls warped. Houston MassResistance activists uncovered records showing Dees once victimized children as young as four years old with his vicious assaults.

“Dees was convicted in 2004 of sex crimes against four young children (ages 4, 5, 6, and 8), was jailed, and is listed as a ‘high-risk sex offender.’ MassResistance activists have also identified numerous aliases which Dees uses for his various characters and personas,” the whistle-blowers wrote.

“Since Dees was 16 years old at the time of his conviction, his record is “sealed” and not posted on government sites. However, it is available from other sex-offender record sources,” they added.”

The FBI is focused on conservative activists that operate lawfully under the 1st amendment, instead of investigating actual domestic terrorists like Antifa Or Black Lives Matter.