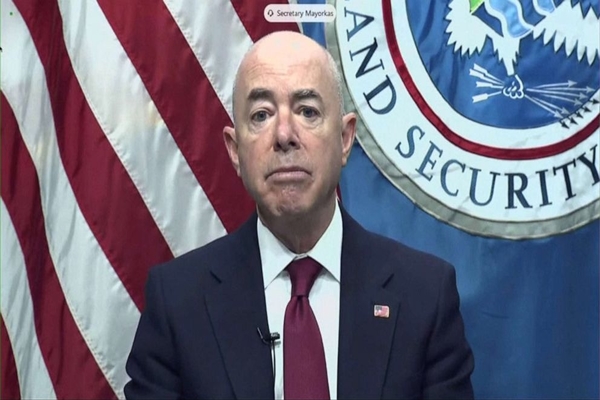 Plotting to strip political opposition of their rights, The Department of Homeland Security Alejandro Mayorkas, under the Biden Administration, declaring them
“suspected domestic extremists” and putting them on the No Fly List.

The discussions are part of the Biden administration’s strategy of treating domestic terror as a national security threat and not just a law enforcement problem.

“Domestic violent extremism poses the most lethal, persistent terrorism-related threat to our homeland today,” a DHS spokesperson said in response to a request for comment. “DHS is committed to improving security and is reviewing options for enhancing screening and vetting protocols and travel pattern analyses, consistent with privacy, civil rights, and civil liberties.”

Precise details are unclear. The Biden administration in recent weeks has emphasized the threat of violent individuals, including white supremacists present to the country.

In Boulder Co, a Muslim extremist just massacred ten white people; the FBI had the shooter on the radar and did nothing to stop it.

Meanwhile, however, they are looking to put everyone who steps foot in the Capitol on the No Fly List.

In his confirmation hearing, Homeland Security Secretary Alejandro Mayorkas called domestic terror “one of the greatest threats that we face currently on our homeland.”

Tucker Carlson said earlier this year; the Democratic Party is “planning a war on half of America.”

Take a look at the vindictive persecution of those anywhere near the Capitol on January 6, 2021.