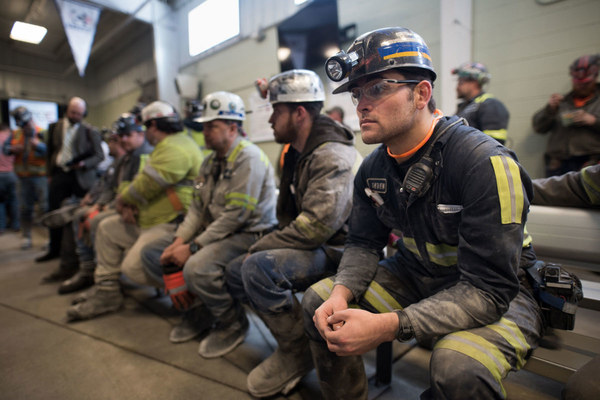 United States miners who had hoped President Biden would support domestic production of minerals react to his plan ditching them to rely on other countries, including China.

The plan under consideration would entail buying the materials from overseas markets and allow U.S. manufacturers to assemble them into batteries or electric vehicles in an effort to create American jobs but still remain in the good graces of environmental groups, Reuters reported on Tuesday.

According to figures from the World Bank, the U.S. imports of minerals in 2018 relied mainly on Canada, China, Mexico, Brazil, and South America. But labor leaders, many of whom support Democratic candidates, said they don’t want their workers left out of a lucrative job market.

“Let’s let Americans extract these minerals from the earth,” Aaron Butler of United Association Local 469 union, which does work for Rio Tinto Ltd.’s proposed copper mine project in Arizona and endorsed Biden in the election, told Reuters.

The U.S. Government cannot make assumptions that non-U.S. rare earth and critical minerals producers will sell their materials into the U.S. supply chain and not to China. China is actively and aggressively pursuing acquisitions of rare-earth projects or offtake agreements all over the world, and non-U.S. project owners will make the best commercial decisions for their own shareholders, not the idealistic and regulated approach that U.S. miners will take — prioritizing materials for the U.S. supply chain.

“And whilst this development does not directly affect our Round Top deposit as we are on State of Texas land, the United States needs several projects to come into production, and in the near term, if we are to achieve our goals around electrification of vehicles,” Althaus said. “Given our ability to process third-party materials, USA Rare Earth would be available to take in materials from non-U.S. projects, but as a whole, this policy is devastating for the sector and a setback towards the goal of establishing a secure domestic supply chain.”

“The reason the U.S. is in its current precarious position – lacking a domestic critical minerals supply chain – was due to poor decision making 30 years ago, when the same argument was made to let someone else, China, do the mining and processing,” Althaus said. “The naive thought process at that time was that those materials would come back into the U.S. supply chain, even as China made no secret back then as to its ambitions in controlling the rare earth supply chain.”

“The winner of such policy is China, again,” Althaus said in the statement.

“The U.S. took a positive step in this direction when the U.S. Dept. of Energy recently launched the Division of Minerals Sustainability,” Rich Nolan, president of the National Mining Association, said in a statement in March. “But if we want to seriously compete in the global E.V. market, the U.S. must give mining and the mineral supply chain the attention they deserve. We have the tools to win this race, but only if we make smart policy decisions.”

The Detroit Bureau website also reported on the reactions to the Biden administration’s move:

During his campaign last year, Biden expressed the need to source the raw material for batteries within the U.S., giving a boost to the American mining industry. A policy that does not invest in American mines would almost certainly turn into a political football.

“These ‘not-in-my-backyard’ extremists have made clear they want to lock up our land and prevent the mining of minerals,” U.S. Representative Lauren Boebert, a Colorado Republican, said during a House Natural Resources Committee forum last week.

Some Democratic leaders are seeking to have the White House reverse course, worrying that the proposed mining strategy could hurt the party’s chances in advance of the critical 2022 mid-term elections.

Yet another reversal of former President Trump’s policies, this time on critical minerals.

“The ‘federal strategy lays out a blueprint for America to once again be a leader in the critical minerals sector,’ then-Interior Secretary David Bernhardt said in a statement in June 2019,” the Post reported.

“As with our energy security, the Trump Administration is dedicated to ensuring that we are never held hostage to foreign powers for the natural resources critical to our national security and economic growth,” Bernhardt said at the time. “The Department will work expeditiously to implement the President’s strategy from streamlining the permitting process to locating domestic supplies of minerals.”