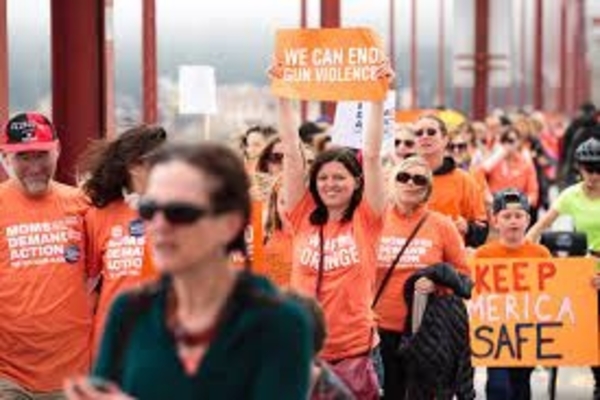 Bette Midler is one of the orange-wearing celebrities.  She tweeted, “It’s #WearOrange Weekend when Americans come together virtually to show our support for victims and survivors of gun violence. Find a virtual event in your state by texting ORANGE to 644-33!”

The left-wing popstar Cher tweeted, “Guns are now the #1 cause of death for American kids.” Her tweet linked to a gun control film titled “US Kids.”

Former President and producer of Netflix films, Barack Obama, desires more gun control as well.  He tweeted, “On National Gun Violence Awareness Day, we wear orange to honor those we’ve lost. As we begin to emerge from the pandemic, let’s not forget the other epidemic killing far too many Americans—and keep working to pass commonsense gun safety laws that will protect our communities.”

While numerous media networks, celebrities, and the former President push for gun control, no specifics were listed.  In other words, they appear undecided which gun control law is key to keeping America safe.

We need to remember that California has every gun control that Democrats are currently pushing at the federal level – universal background checks, an “assault weapons” ban, a red flag law, a 10-day waiting period on gun purchases, a “good cause” requirement for concealed carry permit issuance, a ban on campus carry for self-defense, a ban on K-12 teachers begin armed for classroom defense, a limit on the number of guns law-abiding citizens can buy each month, and more.

California has ammunition controls as well.

Shockingly, murders are up 95 percent in Los Angeles County from this time last year.

So precisely what other gun controls would they like to see?