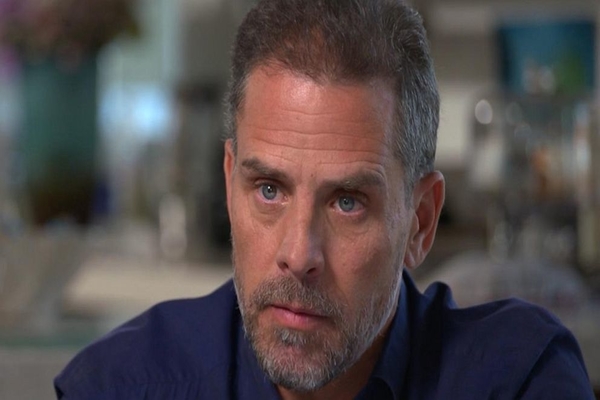 Hunter Biden, son of President Joe Biden, said he would be cleared of any wrongdoing at the end of the Deleware, U.S. Attorney’s office tax investigation in an interview with CBS Sunday morning.  He also admitted to smoking crack cocaine, which turned out to be mostly parmesan cheese during his addiction height.

Reporter Tracy Smith said, “There is a current Department of Justice investigation into your finances. What is it about? Can you say anything more?”

Biden said, “I can’t, but I can say this. I am cooperating completely, and I am absolutely certain, 100% certain, that at the end of the investigation, that I will be cleared of any wrongdoing.

Biden said, “I am 100% certain of it, and all I can do is cooperate and trust in the process.”

Reporter Tracy Smith said, “You wake up some mornings — I shouldn’t even say some mornings because you slept 15 minutes at a time and be looking for crack and to smoke whatever was there?”

Biden said: “I spent more time on my hands and knees picking through rugs smoking anything that resembled crack cocaine. I probably smoked more Parmesan cheese than anyone – than anyone you know, Tracy.”

Smith said, “Because there would will be crumbs mixed in?”

Biden said, “Yeah, I went one time for 13 days without sleeping, and smoking crack, and drinking vodka exclusively throughout that entire time.

He’s offering his personal life up for inspection, what happened to the woman he had a baby with, didn’t want to take responsibility while he was dating his sister-in-law? I really wanted Tracy Smith to ask him about all that. Plus, his new wife and baby. If you’re not going to get into his business life, at least talk about that.

Is it the idea to admit everything and cry a lot and get everyone’s sympathy?