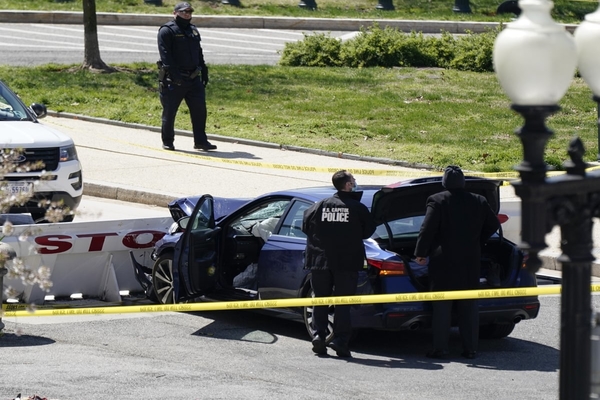 Friday, the U.S. Capitol complex was placed on lockdown.  A vehicle attempted to go through a barricade, one Capitol Police officer wounded, and one dead.  The suspect was shot dead by police.

Acting Chief of Capitol Police Yogananda Pittman said the suspect exited the vehicle with a knife after driving at the officers.

“At this time, the suspect has been pronounced deceased.

“Two U.S. capitol police officers were transported to two different hospitals, and it is with a very heavy heart that I announce one of our officers has succumbed to his injuries.”

The suspect has not yet been identified.

Ms. Pittman said the suspect did not appear to have been on police radar.

The entry point on Constitution Avenue where the vehicle struck the barricade is directly where Senators and their staff come to the Capitol each day, according to observers.

But Congress is currently in recess, meaning the majority of politicians are not at the Capitol complex today.