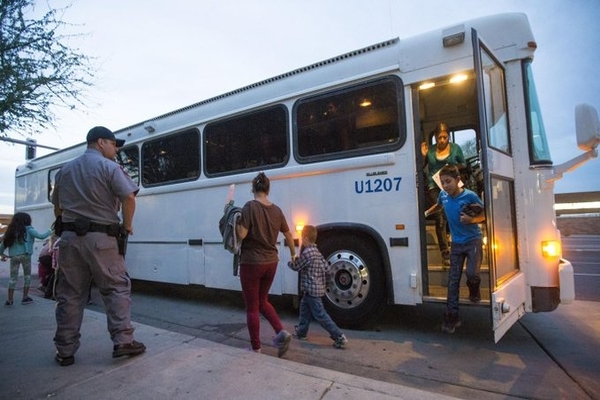 The Mayor of Gila Bend, Arizona, has declared a state of emergency in response to Biden’s migrant crisis.  Customs and Border Patrol has been dumping migrants by busloads into the community.

Border Patrol let us know that they were going to be dropping migrants that had been detained for 72 hours in our town, which we really didn’t understand because we have nothing here,” Gila Bend Mayor Chris Riggs told FOX Business. “We have no charity organizations that can help, no non-governmental organizations that a lot of the larger cities and towns do have to assist these people.”

The town of Gila Bend, population 2,000, does not have the capabilities to provide coronavirus tests to busloads of illegals sent by Biden’s administration.  The proximity to highways seems to be why the federal government has decided to use it as a migrant resettlement zone.

The Mayor claimed to test two busloads of people each week for a year would cost at least $600,000.

Violent crime has recently increased in Maricopa County, while approximately 20 illegal immigrants have arrived on foot nearly every day.  The federal government has not provided any financial assistance in dealing with migrants.

“People are very concerned because what we’re hearing is the Brazilian form of COVID is running in some of these migrants. We can’t afford to have that here,” revealed Riggs in an interview with Fox 10 Phoenix.

Migrants are released from DHS within 72 hours; Biden’s DHS views the small town as an appropriate place over detention facilities.