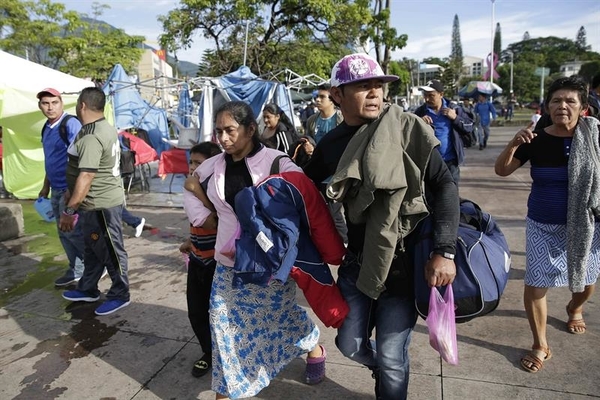 “We are looking at extensive storm damage because of extreme climate; we’re looking at drought,” Harris said. It’s worse than we thought.

Not a mention of the corrupt governments that prevent economic progress — and are sure to pocket the bulk of any foreign aid meant to develop those economies or make their farms more “resilient.”

Nor did she touch on the gangs that terrorize the common people there, giving them a more urgent reason to flee.

Harris has spoken by phone with the leaders of Guatemala and Mexico, but she has not spoken with El Salvador or Honduras leaders.

People in the region face a struggling agriculture industry, food scarcity, food insecurity, and extreme poverty because of the changing climate, Harris argued.

“Again, we’re looking at the issue of climate resiliency, and then the concern about the lack of economic opportunity,” she said.

In February, Biden signed an executive order for a report on the impact of climate change on mass migration. Damage from Hurricanes in 2020 devastated the region, a climate event that continues to push migrants to the United States.

Harris expressed her intention of offering people hope in the region full of daunting challenges.

Harris cautioned the problem was “not going to be accomplished overnight.”

“If it was easy, it would have been solved a long time ago,” she said.

It seems like the Biden administration’s strategy isn’t to back more competent leadership and tie aid to real-world results. It will pour even more cash into the Green New Deal and throw another billion at bad governments.