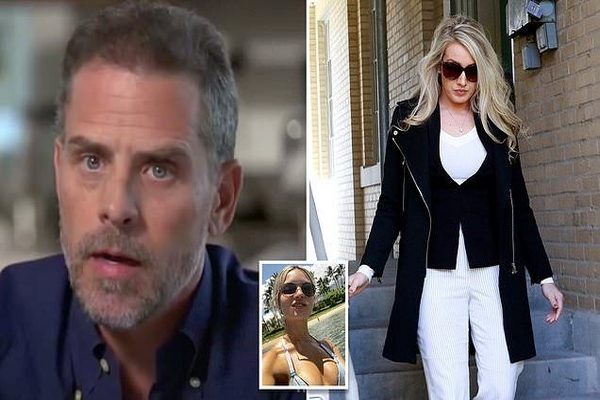 Hunter Biden, President Joe Biden’s son, has “no recollection” of meeting the stripper who gave birth to his fourth child.

Writing in his memoir, “Beautiful Things” that will hit bookstores on Tuesday, President Biden’s son describes years of drug and alcohol addiction and the numerous sexual encounters he had with women. ​”​It’s why I would later challenge in court the woman in Arkansas who had a baby in 2018 and claimed the child was mine. I had no recollection of our encounter. That’s how little connection I had with anyone. I was a mess, but a mess I’ve taken responsibility for,” he writes in the book. The stripper, Lunden Alexis Roberts, was working in a DC strip club when she met Hunter, who had been going through “more than four years of active addiction.” […] Hunter and Roberts reached a settlement for child support last March, The Post reported.

Hunter confirmed his addiction struggles in an interview released Friday.  His father chased him at his home in Delaware during the presidential election of 2020.

“I tried to go to my car, and my girls literally locked the door to my car and said, ‘Dad, Dad, please, you can’t, no, no.’ This was the hardest part of the book to write. And he grabbed me, in a hug, and grabbed me,” Hunter recalled of the interaction with his father. “He gave me a bear hug. And he said, he just cried, he said, ‘I don’t know what to do. I don’t know what to do. Please.'”

“I thought, I need to figure out a way to tell him that I’m going to do something so that I can go take another hit,” the younger Biden continued. “That’s the only thing I could think. Literally, that’s how powerful. I don’t know of a force more powerful than my family’s love, except addiction.”

Hunter revealed that he mistook parmesan cheese for crack cocaine and smoked it.

“I spent more time on my hands and knees picking through rugs smoking anything that resembled crack cocaine. I probably smoked more Parmesan cheese than anyone – than anyone you know,” he admitted.

Hunter conceded that the laptop containing emails detailing his businesses with Burismn, the Ukraine energy firm, could be his.