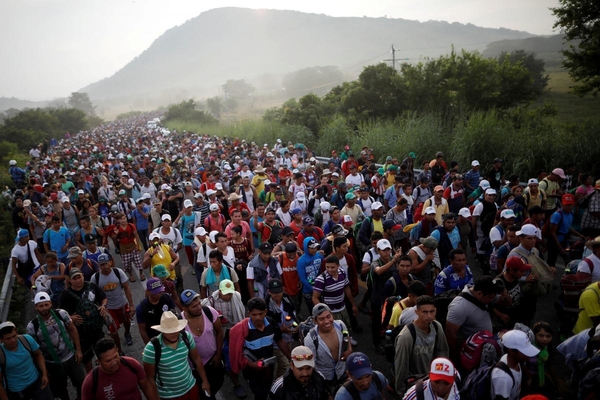 Two million migrants are expected to cross  the U.S. southern border by September 2021, according to government officials

A CNN report released on March 31, 2021, spilled the beans on some of the numbers of the incoming migrant wave:

Data reviewed by CNN shows that up to 1.1 million single adults are expected through September, along with up to around 828,000 families and more than 200,000 unaccompanied children. According to the projections, border Patrol encounters are expected to continue to rise month-by-month, which can vary.

According to public data available from Customs and Border Protection, the last time apprehensions by Border Partol surpassed 1 million was 2006.  Border Patrol arrests fell short with 900,000 in 2019.

The Biden administration has made it a point to undo most of the Trump administration’s sensible migration policies, such as “Remain in Mexico.”

“They actually want large numbers of illegal aliens to come into the country,” declared Ken Cuccinelli, the acting deputy secretary at the Department of Homeland Security under the Trump administration.

Wages for low-skilled workers will undoubtedly be depressed in America.  Many will be displaced as they will not work for the salaries most migrants will agree to.  The migrant surge will put a tremendous burden on health care and education.

As the demand for housing goes through the roof, housing prices will skyrocket as well.  Big businesses will get cheaper labor and an expanded consumer base.

On top of that, there are significant security concerns with having a porous border with Mexico.  All the crime and disorder plaguing Mexico has a strong likelihood of making its way up to the U.S.