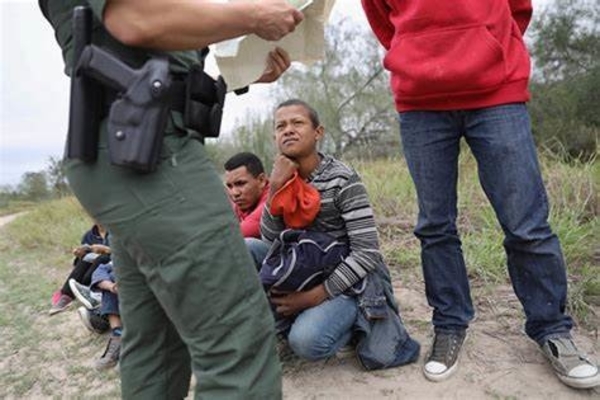 The Biden administration considers handing out a reparations-style payout of $450,000 to each border crosser subjected to former President Trump’s “Zero Tolerance” policy.

The “Zero Tolerance” policy was instituted in 2018 by Trump to reduce illegal immigration.

Adult border crossers were placed in separate holding facilities from the children arriving with them at the southern border. The border crossers have since sued the federal government.

Now, the Wall Street Journal revealed the Biden administration is considering to provided those border crossers with $450,000 each as payout in the lawsuits filed.

Some migrant families could secure nearly $1 million in such payouts, more than some American families received after the terrorist attacks on September 11, 2001. Overall, the payout could cost American taxpayers more than $1 billion.

The Biden administration is in talks to offer immigrant families that were separated during the Trump administration around $450,000 a person in compensation, according to people familiar with the matter, as several agencies work to resolve lawsuits filed on behalf of parents and children who say the government subjected them to lasting psychological trauma. [Emphasis added]

The U.S. Departments of Justice, Homeland Security, and Health and Human Services are considering payments that could amount to close to $1 million a family, though the final numbers could shift, the people familiar with the matter said. Most of the families that crossed the border illegally from Mexico to seek asylum in the U.S. included one parent and one child, the people said. Many families would likely get smaller payouts, depending on their circumstances, the people said. [Emphasis added]

In another instance, a Department of Homeland Security attorney involved in the settlement talks complained on a conference call that the payouts could amount to more than some families of 9/11 victims received, one person, said. Other people said senior departmental officials were in alignment on the amount and disputed the 9/11 comparison, given that the U.S. government hadn’t been responsible for the September 11, 2001, terrorist attacks. The 9/11 victim compensation fund averaged awards to the dead of around $2 million, tax-free, at the time an unprecedented payout, the administrator of the fund has said. [Emphasis added]

In a statement, Sen. Tom Cotton (R-AR) said, “It would be unthinkable to pay damages to a burglar who broke into your home for the ‘psychological trauma’ they endured during the crime.” Cotton added, “And yet the Biden administration wants to reward migrants who illegally entered our country with up to $450,000 each for just that reason.”

“The Biden administration’s promises of citizenship and entitlement programs have already caused the worst border crisis in history — a huge cash reward will make it even worse. This is the height of insanity,” Cotton said.

Border crossers alleged in the lawsuit their separation from children upon arriving at the U.S. – Mexico border brought on mental health issues and trauma they struggle to overcome.

The border crossers lawyers want around $3.4 million per family unit.

In recent years such settlements have occurred. For example, in June 2019, a Honduran family of border crossers won $125,000 in damages after filing a lawsuit claiming the federal government mistreated them while held in detention facilities.

In May, circulating reports indicated the Biden administration would provide amnesty to those deported illegals; once back in the U.S., they would receive payments and social services as part of such settlement for those subjected to the Zero Tolerance policy.