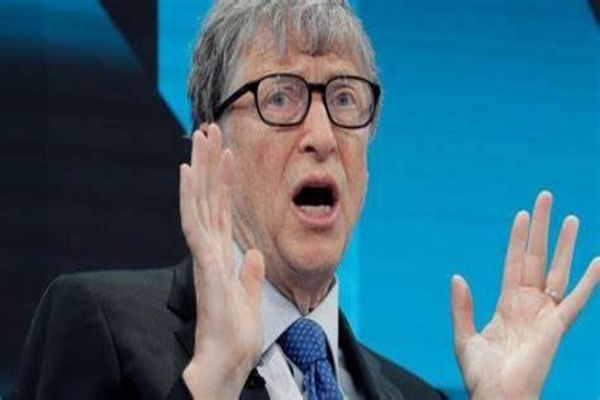 Bill Gates, the billionaire globalist, recently warned that a likely “bioterrorist smallpox pandemic” would occur if the world does not soon submit to the global elite.

During an appearance on Policy Exchange with UK Chairman of the Health and Social Care Select Committee, Jeremy Hunt, Gates said, “I’m hoping in five years, I can write a book called, ‘We are ready for the next pandemic,’ but it’ll take tens of billions in R&D – the US and the UK will be part of that.”

“It’ll take probably about a billion a year for a pandemic Task Force at the WHO level, which is doing the surveillance and actually doing what I call ‘germ games’ where you practice,” he added.

Gates’ so-called “germ games” are shockingly reminiscent of the gain-of-function study funded by Dr. Anthony Fauci. The comments from Gates grew even more disturbing from there.

“You say, OK, what if a bioterrorist brought smallpox to 10 airports? You know, how would the world respond to that? There’s naturally-caused epidemics and bioterrorism-caused epidemics that could even be way worse than what we experienced today,” he said.

Big League Politics had reported about Gates funding controversial training exercises that predicted a coronavirus pandemic just weeks before the lab-created plague was unleashed from Wuhan, China, onto the world:

“Before this year’s very real coronavirus pandemic that started in China and is now sweeping the globe, a “fictional” simulation of such an event was sponsored by the Bill and Melinda Gates Foundation last year.

Event 201, which was hosted by the Johns Hopkins Center for Health Security, took place in October 2019 and featured a simulation in which a novel zoonotic coronavirus spread throughout the world and caused 65 million deaths worldwide. In the preparedness scenario, the coronavirus started in Brazil rather than China.

“Once you’re in the midst of a severe pandemic, your options are very limited,” said Eric Toner, a senior scholar at the Center for Health Security at Johns Hopkins University. “The greatest good can happen with pre-planning.”

The event was hosted in New York City and attended by some of the most influential business leaders, government officials, and health officials. Attendees claimed that it really helped them rethink how they would handle disaster preparedness if such a situation were to arise.

“It really does shake up assumptions and change thinking about how we can prepare for a global pandemic,” says Tom Inglesby, director of the Center for Health Security…

The Bill & Melinda Gates Foundation and globalist World Economic Forum helped to put on the event. The coronavirus was described in the training as being similar to SARS “but slightly more transmissible, like the flu, and slightly more lethal.”

“We don’t have a vaccine for SARS, or MERS, or various avian flu viruses that have come up in the past decade,” Toner said, noting how the situation described in Event 201 could easily take place. “

The warning from Gates could be considered a threat.